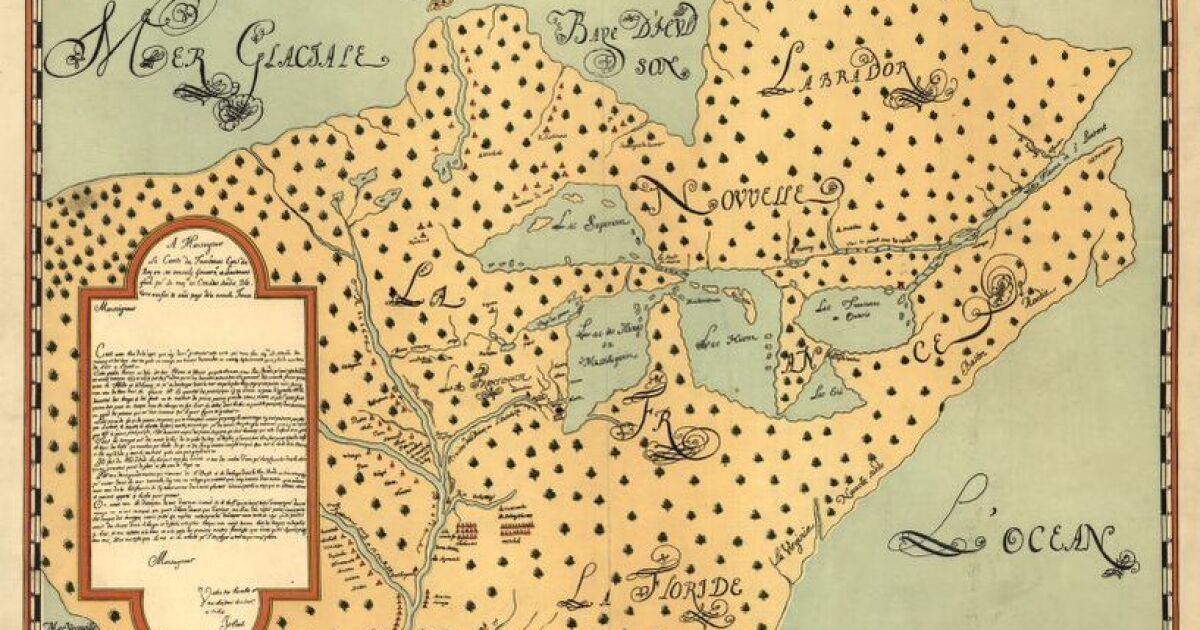 This story was first published in KCUR’s Creative Adventure newsletter. You can sign up to get stories like this delivered to your inbox every Tuesday.

A few hundred years ago, rather than “hello” or “good morning”, many people living in and around the Kansas City area would have greeted each other with a warm “good morning”.

Like many towns along the Midwestern river corridors, Kansas City shares a French heritage dating back to the 1700s. French fur-trading families founded the first permanent white settlements in the region in the early 1800s, trading (and sometimes marrying) with Native Americans, and laid the foundation for what would become the largest city in Missouri.

But unlike St. Louis, St. Joseph, or New Orleans, that French heritage is a little harder to spot these days. Nevertheless, there is a lot of French culture to discover and French heritage to explore in the city.

Have a good trip!

Three hundred years ago, the European explorers, missionaries, soldiers and traders roaming the forests and plains of central North America were French or Spanish. They arrived in the region of Mexico, traveling up the Mississippi River and down the Great Lakes.

With the Louisiana Purchase in 1803, what had been almost exclusive opportunities for the French to trade and explore opened up to the nascent United States.

Lewis and Clark’s journey is carefully recorded. But decades before, Étienne de Veniard, sieur de Bourgmont – who lived his life in and out of favor with the French authorities – documented this part of the country, describing the confluence of rivers, the majestic cliffs and the people who lived here. .

He established Fort Orleans along the Missouri River in 1723. Located about 100 miles east of present-day Kansas City, it was Missouri’s first European settlement. French forces also established Fort de Cavagnial, a military fort and trading post north of Leavenworth, Kansas, in operation from 1744 to 1764.

Françios and Bérénice Chouteau are widely recognized as the “father” and “mother” of what became Kansas City. After exploring a few different spots along the Missouri River, the Chouteau family established the first permanent European settlement in the area in 1821 on a bend in the river. It became known as Chez les Canses to the Kanza who already lived in the area, and later the town of Chouteau.

A French-speaking community formed from the few dozen families who settled along the cliffs of the river and in the French Bottoms. In 1838, 14 merchants (including “West Port” founder John McCoy) purchased land from French farmer and blacksmith Gabriel Prudhomme in what is now the River Market.

Throughout the area, the Chouteau family and others established trading posts, although only the building at 504 Westport Road remains. Originally built by Cyprian Chouteau and his partners around 1850, it was later sold to (and currently bears the name of) Jim Bridger, and remains one of the oldest buildings in Kansas City.

Before dying in 1888, matriarch chouteau Bérénice survived her husband and children, survived the civil war, cared for the sick during the cholera epidemic and saw the railways replace the river boat that brought her In the region. During this period it witnessed explosive growth as the small colony reached a population of almost 130,000, although it was no longer predominantly French.

You can find acknowledgment of French influence throughout the city.

The Chouteau company, which operated from 1984 to 2008, erected 11 historic markers around the metro for a self-guided tour of important places. From the River Market to Loose Park, these markers (inscribed in English and French) outline the early lives of French settlers, with few remnants of their settlements.

Covered parking covers what was once an old French cemetery in 11th and Pennsylvania. The 1844 floods destroyed the cabins of the French Bottoms (now known as the West Bottoms and filled with luxury lofts and haunted houses).

Pearl Hill (the original “Quality Hill” where Bèrènice Chouteau lived at 1st and Grand) has been leveled to allow easier access to the riverfront, and what was once Chouteau’s Landing is now part of Riverfront Park.

The first church in the area, St. Francis Regis (also known as Chouteau Church) was erected in 1834-1835. Although the original log structure was long gone, the 11th Street location continued to serve as a space for spiritual and community activities, eventually becoming the golden-domed splendor of the Cathedral of the Immaculate. Design. The original bell is kept at the Académie Sainte-Thérèse.

Francois Chouteau was honored most recently with the unveiling of the Francois Chouteau Fountain and Native American heritage along North Kansas City’s Chouteau Driveway. A handful of other NKC landmarks bear Chouteau’s name, including an elementary school, park, and grain elevator, all located near the taxiway.

For the William Volker Memorial Fountain in Theis Park, artist Carl Milles chose a depiction of Saint Martin of Tours, the patron saint of France and generosity, to honor Volker’s philanthropy.

Does reading about French culture make you want to speak French? The Alliance Française of Kansas City offers language classes and events to help learn, practice and enjoy the French language, with events such as Walk & Talk “in French” on Saturday, January 15 at Mill Creek Park. The International Relations Council (IRC) also hosts “Lexicon Language Intros”, with this video exploring the basics of French.

In recent years, the organization KCMOLiere launched a host of partnerships and events in the metro to celebrate the 400th birthday of French Baroque playwright Molière.

The organization harnessed the talents of hundreds of artists to honor French culture and Kansas City’s French heritage, with theatrical performances, baroque music, specialty wines and desserts, a unique KCMO mascot “MoMo” , educational resources and even a coloring book.

Members also participated in the Missouri Bicentennial Celebration in Kansas City with the world premiere of “Tartufenthrope!”

The Kansas City Actors Theater begins its production of Molière’s 1661 “The Pests” (in a new translation by Felicia Londre) at City Stage at Union Station, Jan. 12-30.

Unfortunately, the official 400th anniversary party on January 15 (originally scheduled at the Nelson-Atkins Museum of Art) has been postponed due to health and safety concerns.

Perhaps your interest in French culture is more gourmet? Kansas Citians have plenty of options for authentic, French-inspired cuisine, from charming to funky to elegant — sometimes all at once.

In Westport, there is the Ça Va champagne bar and the Parisian cafes of the Westport Café. The Westside has two creperies with Chez Elle and Seven Swans. Macarons – the modern icon of attainable decadence – can be found in many places where you can find sweet treats, such as Annedore’s fine chocolates.

Can you imagine yourself an oenophile? Did you know that Missouri grapes helped save French vines? Learn more about KCUR’s Hungry for MO podcast.

Once you have tasted it, you can try to prepare some of the most popular dishes yourself. In addition to a bakery, French food and on-site dining options, the Prairie Village French Market offers take-out kits to make at home. On Saturdays, listen to live music at the market, including French-speaking band Made In France on January 29.

Whether you’re a Francophile or not, as you walk the avenues and boulevards of Kansas City, it never hurts to embrace a certain joy of living.

This form requires JavaScript to display, which your browser does not support. Register here instead

Inside the metaverse, jobs and infrastructure projects are real