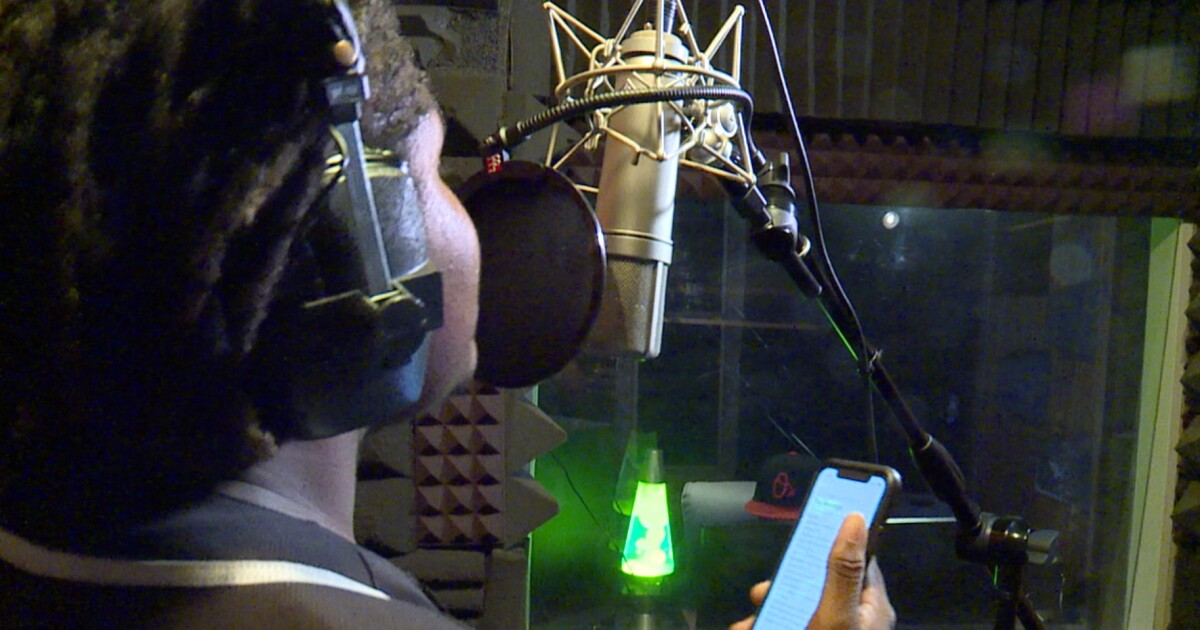 BALTIMORE — A program called “Beats Not Bullets” in Baltimore uses music to give children meaningful purpose, while offering mentorship to help them realize their full potential.

Gun violence has claimed so many lives in Baltimore, but music is saving many thanks to a program called “Beats Not Bullets.”

Brenden Tilghman started the program shortly after his grandmother passed away in 2017.

“It really hit me really hard,” he said.

Tilghman closed, but eventually opened up when he became part of “Beats Not Bullets”.

“It was new. It was invigorating. It was like I was not alone,” he said.

Tilghman has now found a passion for music and a sense of purpose.

The program not only teaches young people the ins and outs of the music industry, but it gives them an outlet to express their trauma in a positive way.

Beasley knows this first hand. He said he mentors children who come from the streets but see a better way forward when they are part of the program.

“So someone will come along who is technically on the street and now their dreams are increasing. Now they are seeing other options… I had these tough conversations,” he said.

Beasley added: “We hide it behind the music, but at the heart is the mentorship.”

For Tilghman, once lost, has now found his place in life.

He said he owes his family here at “Beats Not Bullets” everything.

“Beats Not Bullets” is currently accepting applications to be part of the program.

They are looking for high school students. So, you have a passion for music, beatmaking or just need a mentor, you visit their website to apply.