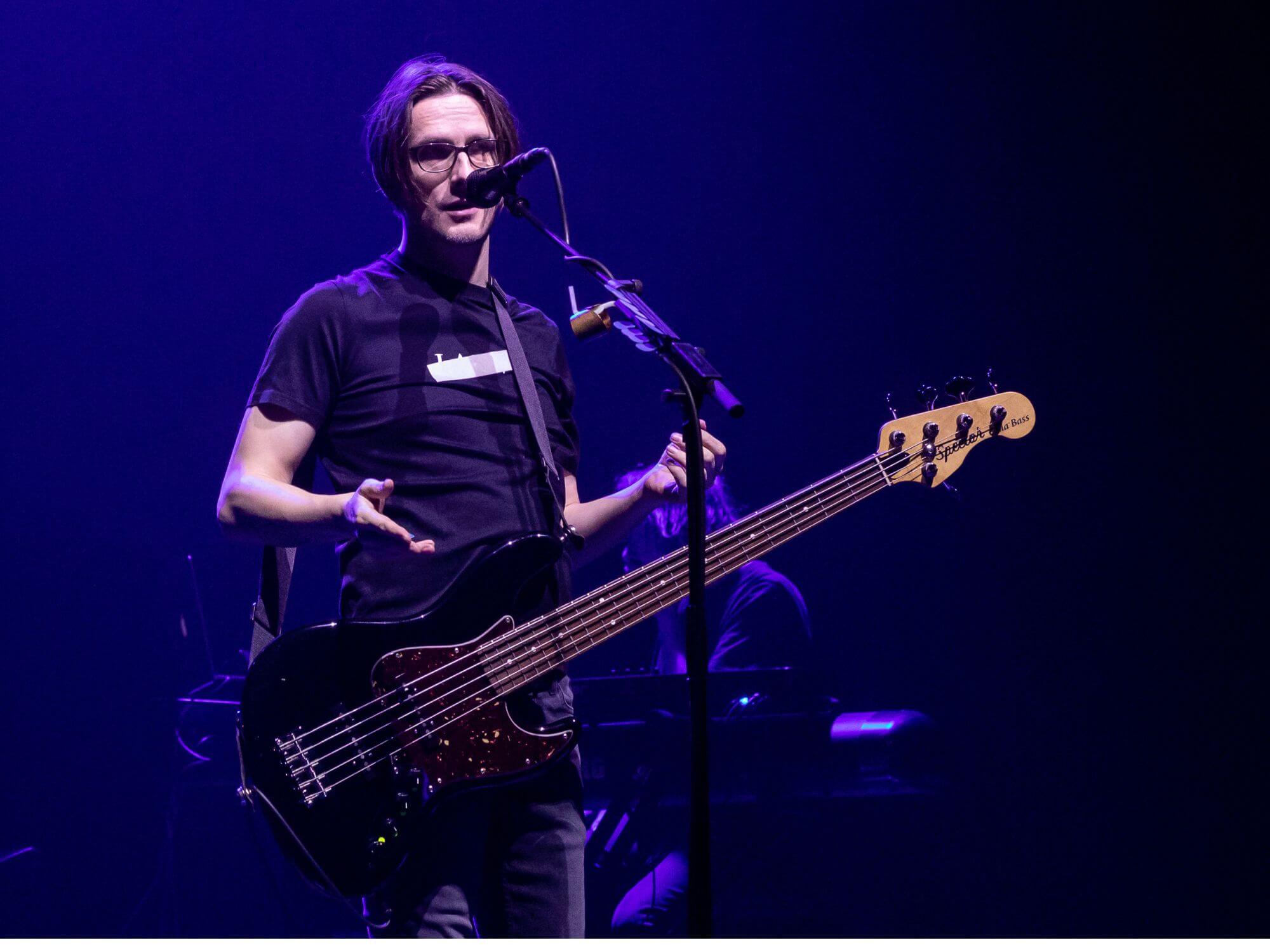 Bassist Colin Edwin reveals the news of the Porcupine Tree reunion came as a ‘surprise’ to him: ‘Steve’s lawyer makes contact [and] Since then, I have had no real contact with anyone. | Guitare.com

Following the announcement of a Porcupine Tree reunion last November, fans immediately began to wonder why longtime bassist Colin Edwin would no longer be part of the lineup. Now the musician has broken his silence on the matter, saying he was left in the dark about the band’s next album.

In an interview with Under the Radar Magthe bassist explains how he first discovered that the band, of which he was a member from 1993 until their hiatus in 2010, was reforming without him.
Admitting the news surprised him, Edwin reveals he only knew about the reunion six months before it was announced to the public, being told the album’s bass had already been recorded. and that there was “no role” left to him in the group.
“We hadn’t fallen or anything, and [we] were in touch occasionally about various things – mostly re-releases, or some weird business, but for a long time there was no indication or hint of any new band activity, writing sessions or possibility of reactivation “, he explains. “My band ORk toured with Pineapple Thief in 2019, we all hit it off and there was no mention of [Porcupine Tree and Pineapple Thief drummer Gavin Harrison] about any new possible PT stuff… definitely nothing from anyone else.

“So it was a surprise for me in March 2021, in lockdown, to get an email from Steve telling me there was a new album and since he’s already played all the bass parts, there’s no a“no role for me”. Shortly after, Steve’s lawyer makes contact [and] Since then, I have had no real contact with anyone.

Edwin was previously a full-time member of Porcupine Tree from 1993 until 2010 – when the members quietly went on hiatus.

These statements come to refute comments made by the group’s frontman, Steven Wilson, last month. Speaking in a discussion with the Super Deluxe Editionthe singer explained why Edwin was left out of the reunion, saying the decision was made because he and Edwin had had very limited contact over the past decade.

“There’s not really a big story. There are a lot of little things that went into making it what it was,” he says. “None of us had heard of Colin for years. We all went our separate ways in 2010, and I regularly heard Richard and Gavin say, ‘When are we going to do something new?’ Should we get together?”, “Shall we have dinner?”, “Shall we have a cup of tea?’ I haven’t heard from Colin, I still haven’t heard from him. So he wasn’t proactively pushing to get involved in something new.

The Porcupine Tree reunion was announced last November with the surprise release of a new track, Harridan. The band’s comeback album, titled Closing / Continuation was released on June 24 via Music for the Nations.

SeafoodFest is taking over Ballard this weekend – My Ballard