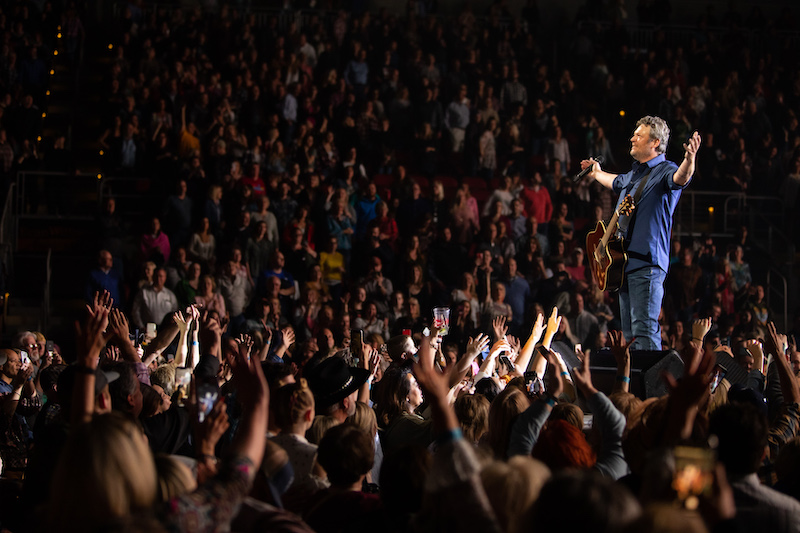 This house-wide exhibit celebrates the 50th anniversary of the historic 1972 feminist art exhibit Woman’s house, while examining what has changed and what has remained stagnant since the original exhibit. Fourteen local female artists offer their diverse perspectives, exploring the art of being a woman in the modern world. Until October 23. Womxnhouse Detroit, 15354 St. Marys St., Detroit, womxnhousedet.com

Looking back through the stained glass

More than 180 vendors will line the streets of Detroit’s unofficial “gay quarter” this weekend for Ferndale Pride’s 10th anniversary. The festival, which has raised more than $ 250,000 for local charities since its inception, is one of Michigan’s biggest LGBTQ events. The event will also include two stages with live entertainment and a children’s area with crafts and games. Free of charge. October 2. Downtown Ferndale, Nine Mile and Woodward; ferndalepride.com

This weekend, breast cancer organization Susan G. Komen is celebrating the 30th anniversary of its Detroit Race for the Cure, which raises funds to support advocacy, research and patient support for the association. So, head to the Detroit Riverfront to participate in Michigan’s biggest breast cancer event or visit the website to participate virtually. $ 30 and more. October 2. Milliken State Park, 1900 Atwater St., Detroit; komen.org

The Michigan Philharmonic will begin its 76th season with a live concert and anniversary celebration. Internationally renowned pianist Anastasia Rizikov, who began to wow audiences around the world as a child prodigy at the age of 7, will join the award-winning local orchestra. Now 22, Rizikov will perform an ensemble featuring the â€œPiano Concerto No. 2 in C Minor, Op. 18 “and” Enigma Variations Op. 36. “The opening night event will feature several other special moments, including a video and a dedication to honor this iconic Michigan Philharmonic landmark. $ 30. October 2. Salem High School, 46181 Joy Road, Canton; michiganphil.org

Slipknot will be taking over the DTE Energy Music Theater this weekend for its self-organized music event, Knotfest Roadshow. In addition to hits, such as “Before I Forget”, the band will perform selections from their most recent album, We are not your type. The disc, which debuted at No. 1 on the official album charts of 12 countries around the world, features the singles “Unsainted”, “Nero Forte” and “Solway Firth”. The rock groups Killswitch Engage, Fever 333 and Code Orange will join the icons of heavy metal. But this isn’t your typical music festival – Knotfest is an immersive dark carnival experience that transports audiences to an apocalyptic underworld full of startling effects, fire eaters, and nightmarish creatures on stilts. $ 40 and more. October 2. DTE Energy Musical Theater, 33 Bob Seger Drive, Clarkston; noeudfestroadshow.com

Head to Motawi Tileworks to sculpt your own tile with the help of Motawi experts at the Make-a-Tile outdoor workshop. Then, head inside for staff art sales to shop for ceramics, jewelry, woodwork, and other types of locally made artwork by talented Motawi artisans. $ 5 and more. October 2. Motawi Tileworks, 170 Enterprise Dr., Ann Arbor; motawi.com

The rooms are for the people; vandalism of the Sacred Heart; CU Rock; to grow old with laughter; IMIG music room