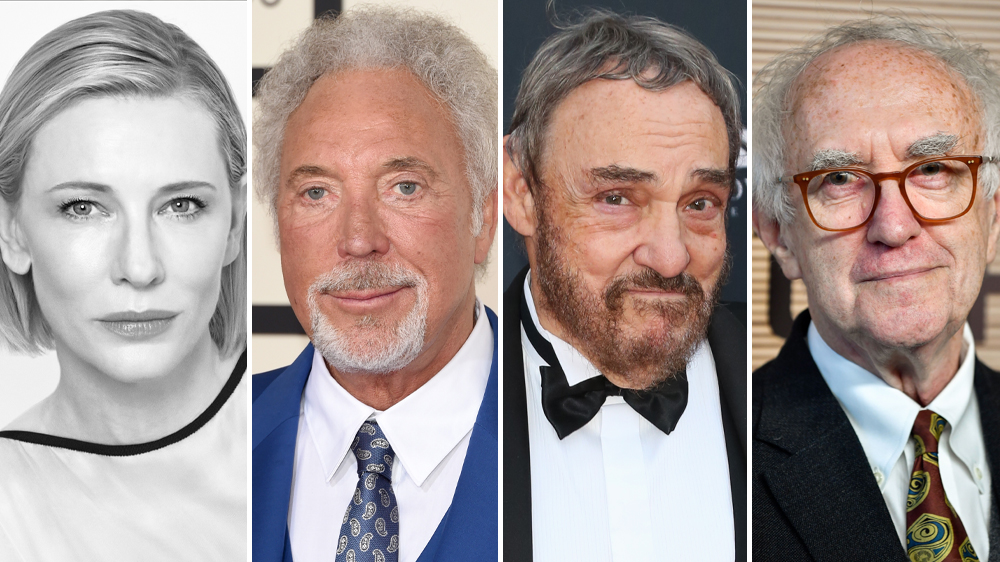 The newly announced cast will be part of three previously announced episodes for the upcoming season, all of which are written by co-creator Seth Meyers.

Blanchett and Walter will star in “Two Hairdressers in Bagglyport”, a portrait of a hair salon owner and his staff in the small coastal village of Bagglyport as they prepare their annual style book. Co-creator Fred Armisen will also star in the tribute to fashion documentaries “3 Salons at the Seaside” and “The September Issue.”

The episode “How They Threw Rocks” will feature Welsh actors Gravelle, Pryce and Rhys-Davies and Welsh singer Jones. In the vein of ‘When We Were Kings’ and other explorations of sport, the episode chronicles the Welsh sport of Craig Maes – also known as ‘Field Rock’ – and a 1974 fight dubbed ‘The Melon vs. The Felon”. Welsh actor Sam C. Wilson will also star.

Finally, Demetriou will direct the episode entitled “My Monkey Grifter”. Taking inspiration from “My Octopus Teacher,” the episode follows a filmmaker who forms a deep and financially strained relationship with a monkey who may have ulterior motives. Armisen also joins the episode as a detective.

Known for paying homage to the documentary world, “Documentary Now!” will air six new episodes on IFC and AMC+ in fall 2022. Co-created by Armisen, Myers, Bill Hader and Rhys Thomas, the series is hosted by Dame Helen Mirren and produced by Lorne Michaels. Broadway Video produces.

Additional guest stars and documentaries will be announced at a later date.

“The Outlaws” released its Amazon Prime Video Season 2 trailer today. The comedy thriller from writer/director Stephen Merchant (“The Office”) and Elgin James will premiere all six episodes August 5 on Prime Video in the US, Canada, Australia, New Zealand and the Nordics . Starring Rhianne Barreto, Gamba Cole, Eleanor Tomlinson, Darren Boyd, Clare Perkins, Jessica Gunning, Stephen Merchant and Christopher Walken, the series follows a disparate group of offenders brought together to serve a sentence of community service. Season 2 picks up months after the climax of Season 1, with the outlaws quickly realizing that the criminal underworld isn’t done with them yet. Watch the full trailer below.

Apple TV+ has released the first trailer for “Amber Brown,” a new children’s and family series premiering Friday, July 29. From writer and director Bonnie Hunt and based on Paula Danziger’s bestselling book series, “Amber Brown” is an intimate look at a girl who finds her voice through art and music in the wake of divorce from his parents. The 10-episode live-action series stars Carsyn Rose and Sarah Drew, with an ensemble cast including Darin Brooks, Ashley Williams, Michael Yo and newcomer Liliana Inouye. Executive producers include Bob Higgins and Jon Rutherford. The series is produced by Boat Rocker. Watch the full trailer below.

The city of Albuquerque will unveil two “Breaking Bad” statues featuring series characters Walter White and Jesse Pinkman, Sony Pictures Television announced Monday, in coordination with the office of Albuquerque Mayor Tim Keller. Donated to the city by Sony Pictures Television and series creator Vince Gilligan, the statues were sculpted by artist Trevor Grove and cast in bronze by American Fine Arts Foundry. The statues, which will find their way to the Albuquerque Convention Center on July 29, will be unveiled in a ceremony featuring Mayor Keller, Gilligan, “Better Call Saul” executive producer and co-creator Peter Gould, Bryan Cranston and Aaron Paul.

A new season of the original primetime series “Money Court” has been greenlit by CNBC, the channel announced Monday. Produced by Anvil 1893, the show features Kevin O’Leary alongside a new co-host, Skinnygirl founder and CEO Bethenny Frankel. Together, the duo weighs and resolves a wide range of business disputes, charting the way forward for businesses. All of the cases featured in “Money Court” feature high stakes, real money, and participants’ agreement to abide by O’Leary and Frankel’s decision. The new season is currently scheduled for early 2023.

SeafoodFest is taking over Ballard this weekend – My Ballard

Candiace Dillard receives an invitation to join the Recording Academy