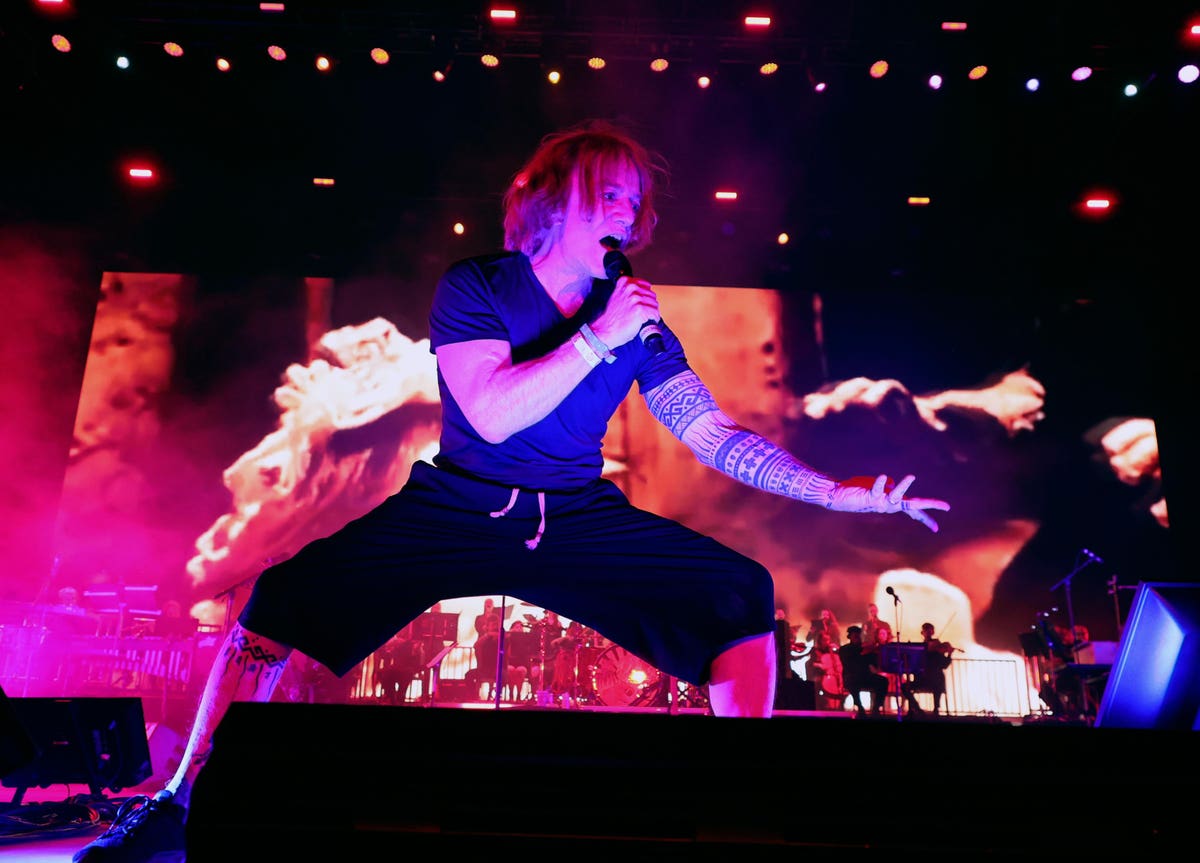 Coachella Weekend Two provides a welcome respite from the hype and influencers, putting the music front and center

In 1999, when the very first Coachella, featuring Rage Against The Machine, Beck, Tool, Chemical Brothers, Moby, Underworld and many more, was announced, the concept intrigued me so much that I flew from Philadelphia, where I worked for a site called CDNow, to Los Angeles to interview Goldenvoice head Paul Tollett about making the festival happen.

I have since attended 17 Coachella festivals, having covered the festival for Los Angeles Time, rolling stone, Billboard and more. I was on the soundboard of the legendary Daft Punk 2006 set.

In 2019 I went with American Express as part of a story I was doing about the brand’s relationship with Coachella (for years Am Ex, one of the best brands to work with musicians, has been l one of the only brands sanctioned by Goldenvoice to be on the festival grounds, giving them legitimacy). Am Ex gathered all the “journalists” they invited for lunch to meet and get our passes. At that lunch I met the Coachella face of 2020, a titled trash who sat and bragged all lunch about all the free stuff he gets, how he’d been to six Coachellas and , especially, how he got drunk the night before with Brooke Hogan. He then talked about the night before how he had been to a party he thought was the party he was supposed to be at, until he found out that the same night Rihanna had been to a nearby event. . He actually lamented that “it’s my lot in life to always have the wrong bracelet.” As if that mattered.

After that lunch and realizing I couldn’t bear to be around the obnoxious new wave of Coachella attendees – the same kind of empowered kids with no sense of music history who thought Revolve was more important for the Coachella story that Portishead in my mind I was done with Coachella.

This kid argued that Paris Hilton and Lindsay Lohan attending the festival in 2006 did Coachella. No, fucking idiot. Jane’s Addiction literally created Coachella. The story has been well documented that the original 99 festival lost so much money there was no 2000 version, then when the 2001 event was in jeopardy Jane’s which had a long history with Goldenvoice, stepped in to make headlines. But the new generation of Coachella attendees couldn’t name a Jane song.

However, three years later, thanks to COVID, enough time had passed that when it approached, I gave in and decided to at least go see the festival. One thing I did differently was go to weekend two for the first time. I had heard that since the festival took place over two weekends in 2012, weekend two was a totally different vibe, a softer, music-centric vibe since the vast majority of company were on weekend one.

I had heard the horror stories of traffic jams, disorganization and more from the first weekend. Cosmopolitan magazine even referenced the infamous Fyre Festival. Uh, organizer Billy McFarland was finally sentenced to six years in prison for wire fraud. So maybe established outlets might want to withhold Fyre Festival comparisons because people have to wait in line or unfortunately a few people have had their iPhones stolen.

Over the years I’ve spoken to countless British musicians who would recall how the notorious British press loved to build up and promote artists, only to tear them down as soon as they had success.

We’re definitely seeing that mentality with influencers and the influencer press for Coachella 2022. You take a music festival, turn it into a haven for influencers – half of whom can’t even spell the music – and then they complain that does not respond to them. If you spent days whining on TikTok you couldn’t make Revolve party, you shouldn’t have been at Coachella in the first place.

So with all the influencer parties out of the way, we made it to Coachella weekend two in less than two hours from the Orange County/LA border. When we arrived at the Indian Wells tennis court, we had no line, not a single person in front of us, to collect our credentials. We went to a restaurant near Polo Fields and didn’t wait for lunch.

As for the atmosphere on the pitch, it was incredibly relaxed on the afternoon of the second day. Crowds were sparse, which is typical of day two when Coachella veterans recover a bit from day one and save their energy for the night’s headliners.

Crowds were much larger for night sets. But even back in the day, for the incredibly awesome Holly Humberstone, for example, there was great turnout and a strong response. It was followed in the Mojave tent by Japanese Breakfast, which also had a strong response from the audience. It was almost as if the people here this weekend were there to see music. Wow, crazy.

Speaking of crazy, the atmosphere at the Sahara Tent for Emo Nite was frenetic. Thousands of people marched to the sidelines to see co-founders TJ Petracca and Morgan Freed release songs like The Killers’ “Mr. Brightside” and shout every word as if the band were on stage right there. The two were joined by the occasional special guest, like Papa Roach singer Jacoby Shaddix for “Last Resort” and Plain White T’s Tom Higgenson, whose “Hey There, Delilah” had the whole crowd in their feelings.

Sahara was also the scene of the most intense set of the night as Brockhampton delivered what they called their “last show”. If they stay true to that – and it seems hard to imagine based on the fervor and passion the band generated at Coachella – they won’t be back in the headlines in three to five years – they came out with a performance that will be called a legendary day just for the setting and how they came out on top. Calling it a day in front of tens of thousands of adoring fans at Coachella is like the final scene of a biopic.

If it was the most adored set of the night, outside of Billie Eilish and Megan Thee Stallion, the best set of the night came from the inspired Danny Elfman. Seeing Elfman perform at the outdoor theater on a Saturday night was sure to bring back the old Coachella vibes. And after all the deserved buzz surrounding his first week appearance, he drew a huge crowd who were treated to all the eclecticism and shine of Elfman’s storied career – from several Oingo Boingo songs, including “Dead Man’s Party”, “Insects” and “Just Another Day” to his Hollywood score work, like the themes of Spider Man, Batman and The simpsons.

Watching the set and the crowd’s response definitely, as I said, brought back the spirit of the formative years of Coachella, where bands like Iggy Pop and the Stooges, Mazzy Star and Jesus & Mary Chain came together to welcome them as heroes.

So, at least in some ways, Coachella’s legacy is still alive and well. Was my stay there perfect? No. After seeing some of the greatest DJs in history like Laurent Garnier, Carl Cox, Deep Dish and Sasha & John Digweed dominate at Coachella, seeing some of the incredibly mediocre electronic music being celebrated on the big stages was sometimes disheartening.

But at least those fans were there to celebrate the music. Simply put, Coachella is the largest music festival in North America and, along with Glastonbury, perhaps the most prestigious in the world. So there will be backlash and people wanting this to fail, hence the unflattering cover. And for those with a long history with Coachella, we have to accept that musically that has changed. Its good.

The festival must grow if it can do so without losing its soul and integrity. And the second weekend showed that for those who care more about the music than the stage, there is still a way to find and celebrate the sense of discovery and love of music that Coachella has was founded 23 years ago.