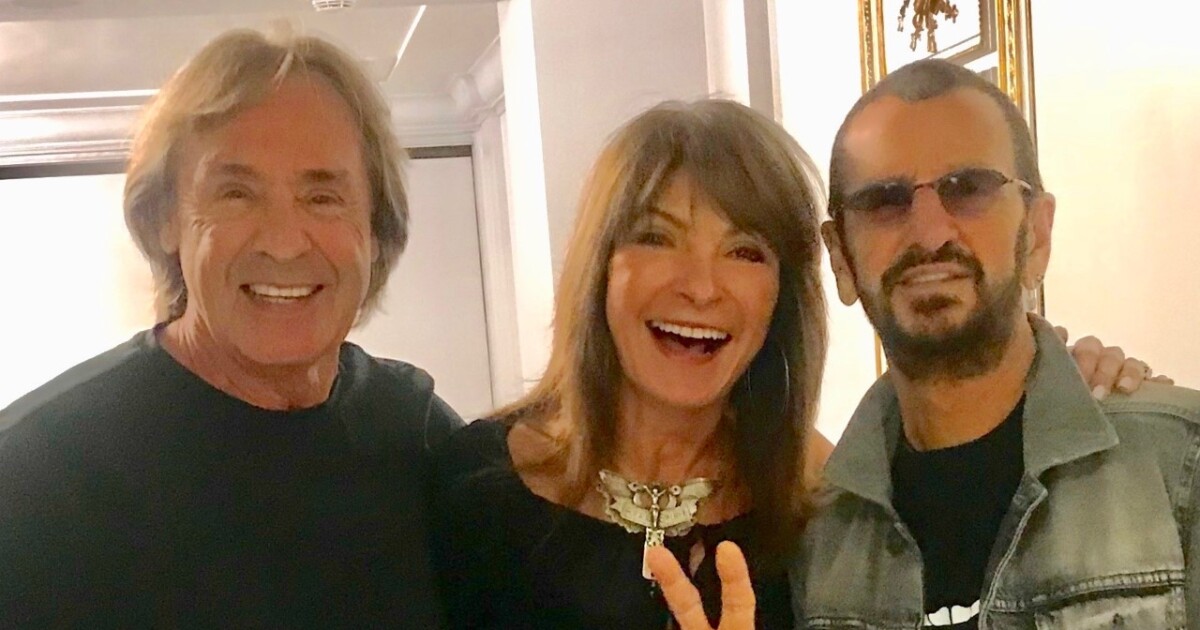 In 1969, Rich Engler was a blue-collar rock drummer from Creighton, Pennsylvania who had more experience holding a beat than running a business. A new documentary chronicles how Engler became Pittsburgh’s biggest independent music promoter from the 1970s through the ’90s.

“Behind the Stage Door,” inspired by Engler’s 2012 book of the same title, covers everything from music industry intricacies to Engler’s insider stories about high-profile rock stars.

The film, featuring interviews with members of bands like Rush, Kansas and Styx and local notables Donnie Iris and Joe Grushecky, is streaming on various platforms. It’s also getting in-person screenings on Saturday, October 1 and Saturday, October 15 at the Rangos Giant Cinema at the Carnegie Science Center.

Engler was born in 1946. His father was a glassmaker, but Engler chose music and his band, Grains of Sand, was a regional hit, over the years opening for David Bowie, the Beach Boys, the Yardbirds and Yes. But he started a side hustle to promote gigs in what was, at the time, an embryonic version of rock-tour culture that exploded in the 1970s.

Engler’s first business, Go Attractions, was based in the Shadyside apartment he shared with his wife, Cindy. He soon teamed up with competitor Pat DiCesare to form DiCesare Engler, who ruled the local concert scene for decades. Engler handled the booking, bringing everyone from Bruce Springsteen and the Rolling Stones to Metallica to venues including the Syria Mosque, the Stanley Theater (now the Benedum Center), and the Civic Arena. In 1978, as the film notes, Billboard magazine named the Stanley – which DiCesare Engler then owned – the No. 1 concert hall in the country.

What does a promoter do? In an interview, Engler said, “I’m a big risk taker. That’s it. I am a gamer. … I buy an attraction that is very expensive most of the time. I take it to a place that costs a lot of money most of the time and I add up all those numbers and I have to find a breakeven point.

It helped that, especially early on, Engler was himself a musician of the same generation as the talents he was promoting. “A lot of people look down on a musician, especially some promoters, ‘Hey, get up there and play shut up,'” he said. “It was never my ideal. My ideal was to put them at ease, to feel as if you were one of them.

Yet some of those bets have failed. As the film notes, the Three Rivers Stadium stop of the 1988 Monsters of Rock tour, featuring headliners Van Halen and the Scorpions, performed poorly enough to cost DiCesare Engler $400,000. But Engler said their finances were straightened out by four major stadium shows the following year, including the Stones and The Who.

The documentary, from filmmaker Brian Stork, was inspired by Engler’s 2012 memoir, “Behind The Stage Door,” which Engler said he wrote because people always asked him for stories about his career.

More poignantly, Engler recalls giving Bob Dylan a pre-gig pep talk ahead of a 1990s gig at the IC Light Amphitheater in Station Square. Most moving of all is Engler’s behind-the-scenes account of the terminally ill Bob Marley’s last live performance at the Stanley in 1980. (Pittsburgh was one of only five U.S. stops on the tour.)

“Behind The Stage Door” also recounts the role FM radio stations like Pittsburgh’s WDVE played in the music scene, with Engler cultivating contacts at the station to help break up the acts he loved. In fact, the film is narrated by DVE DJ Michele Michaels.

Engler serves as a co-executive producer, and if there are any unflattering stories about him floating around, you won’t find them here. Interview topic after interview topic testifies to his kindness and fair treatment.

DiCesare Engler was bought out in 1998 by Clear Channel, which later became Live Nation – one of the big companies that now controls most national touring.

For his part, Engler, at 76, still has much the same haircut he sported half a century ago. He lives in Sewickley but spends his winters in Florida and still promotes shows in both locations.

“My plan in my mind is peace, love and get this music out there and share it with people, some of this music that I love, this music that wasn’t on the radio,” he said. he said in an interview. “I love bringing new bands and new national attractions to Pittsburgh for a low ticket price and sharing it with the world.”

John Fulbright is back after 8 years on layoff with a new album, “The Liar”