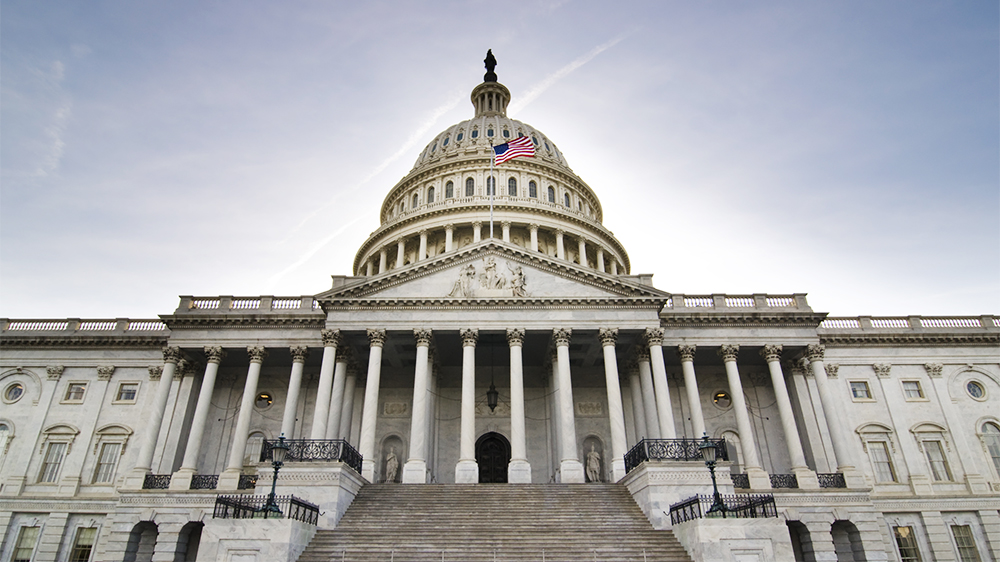 As often in Washington, the best solution is sometimes to meet in the middle. This appears to be the result of today’s motion to the Copyright Royalty Board (CRB) to immediately increase mechanical royalties by 32% – or from 9.1 cents to 12 cents per track – for physical products. , downloads, ringtones and music bundles.

Signatories to the motion include representatives from Spotify, Google, Pandora and Apple in addition to the RIAA, on behalf of major record label groups. The CRB has yet to approve the proposed new rate.

The rate had been disputed leading to a legal impasse which threatened the ratification of the rate over the period 2023-2027. Rights holders and trade groups were aiming for 15 cents.

The motion states that the National Music Publishers’ Association (NMPA), Nashville Songwriters Association International (NSAI) as well as Sony Music Entertainment, Universal Music Group and Warner Music Group, as well as qualified copyright owners, have reached an agreement with respect to the rate change, which would take effect immediately.

The rate approval marks a major victory for songwriters and publishers who have long argued that essential creators are not compensated fairly for their contributions to a song or recorded work. In fact, the 9.1 cent rate was set in 2008 at the start of what’s called the Phono IV process, involving royalties for both physical (CD, vinyl, and cassette tapes) and digital (streaming and downloads) formats.

Physical vinyl has become a billion-dollar business, according to the Recording Industry Association of America’s (RIAA) 2021 Year-End Report. While it pales in comparison to the $12 billion in revenue generated by music streaming services last year, it remains a dominant format with no signs of slowing down.

In a statement, SONA Executive Director Michelle Lewis said, “SONA enthusiastically supports the proposed Phonograph Recordings Settlement IV Subpart B, which controls the amount paid to songwriters and publishers for sales of digital downloads. permanents, vinyls and CDs. Big or small, all songwriters should always have a say in the decisions that govern and affect our livelihoods. We are grateful that our collective voice has been heard. This is a long overdue step to correct the historically low rates paid to songwriters and it is time for the inherent value of a song to be properly recognized.

“After extensive consultation with songwriters, publishers and labels, we are pleased to have found a solution that we believe addresses the key concerns of the CRB judges and the individuals and organizations who have shared their points of view. view during these proceedings,” added RIAA CEO Mitch Glazer. “As a music community, we are stronger when we come together to forge long-lasting, lasting win-win deals.”

See below for additional statements related to the CRB motion:

“This new settlement gives songwriters a 32% increase on vinyl, CD and download sales – raising the rate from 9.1 cents to 12 cents – and also includes an annual cost-of-living adjustment to fight inflation. This overwhelmingly positive result is largely due to the creators who made their voices heard in the CRB process. With this filed settlement, we are paving the way to focus solely and relentlessly on increasing streaming rates. As we battle the biggest corporations in the world, pushing for the lowest royalty rates in history, songwriters and their advocates are more united than ever. — David Israelite, President and CEO of the NMPA

“We would like to thank the CRB for flagging an opportunity to increase physical pricing. The 32% increase on CDs, vinyls and downloads is welcome and the fact that the cost of living adjustment being integrated helps us sustain increases in the future.” — Bart Herbison, Executive Director, NSAI

“The AIMP fully supports the proposed CRB Subpart B regulations, which would increase the mechanical rate for physical sales and digital downloads from 9.1 cents to 12 cents. It’s a step in the right direction and will be a big boon to the independent music publishing community. Going forward, nearly every independent publisher will tell you that the future of the music industry is in streaming, and we salute the NMPA’s continued efforts to fight for better streaming prices for all publishers. independent music and songwriters. — Association of Independent Music Publishers

“I want to commend the NMPA and the RIAA for working together to act in the best interests of songwriters. This settlement demonstrates that when the music community acts collaboratively, we can achieve meaningful progress for music creators. — Harvey Mason Jr., CEO of the Recording Academy.

“This settlement provides a much-needed and long-awaited boost to songwriters that will make a real difference to their lives and livelihoods. Importantly, it will also ensure that songwriters will continue to be paid fairly over the next five years, as this increase is indexed to inflation. — Evan Bogart, President of the Recording Academy’s Songwriters and Composers Wing

“The Ivors Academy of British Songwriters and Composers is delighted to hear that the value of writing and publishing rights is starting to be better recognised. This is an important settlement and indicates the necessary direction of travel. —Graham Davies, Managing Director, Ivors Academy

“This unprecedented rate increase for vinyl, CDs and downloads will have a significant impact on our industry and hopefully points to potentially higher rates for streaming from the CRB. We appreciate the efforts made to reach this agreement and thank the NMPA for working on behalf of songwriters and publishers. — Brittain Ashford, Executive Director, Music Publishers Association of the United States

“BMAC supports the proposed settlement for Phonograph Recordings IV Subpart B. Our organization applauds the negotiators for proposing to increase payment for performers by 32%, and we are especially pleased to see the acknowledgments of the cost of living adjustments for songwriters. As we recognize that much remains to be done, we must recognize every step taken in the right direction towards equality for the songwriter. — Prophet, co-founder/co-chair of the Black Music Action Coalition

“These new regulations are a massive step forward for all composers and songwriters and will be of great benefit to many thousands of creators of production music whose works are also offered for sale to the public via CDs, vinyls and digital platforms. We thank the NMPA for negotiating a 32% increase and for continuing to fight for higher and fairer streaming rates in the CRB this fall. — Adam Taylor, President, Production Music Association (PMA)

“With vinyl and CD sales continuing to rise, songwriters getting increased royalties shows that labels are starting to see that we deserve better rates. We hope that with the impending CRB lawsuit, all parties will try to work together so songwriters can get closer to earning a living wage. – Tiffany Red, Founder and Executive Director, The 100 Percenters

“We are very pleased with the 32% increase included in the NMPA-brokered Subpart B settlement. Songwriters desperately need better rates that more fully reflect their contributions. We hope the CRB recognizes this in the biggest streaming battle unfolding this year and that bodes well for things to come. —Don Cason, President/CEO, Church Music Publishers Association

“This settlement is a significant win for songwriters who will see a 33% increase in royalties for physical music sales and downloads from 2023 while locking in future increases to keep up with inflation for the duration of the settlement. ‘deal. We are so grateful to the many grassroots songwriter advocates who refused to accept a status quo settlement and kept knocking on CRB’s door until they were heard. — Artists Rights Alliance

“The Music Artists Coalition applauds and endorses the CRB’s proposed settlement that gives songwriters a well-deserved boost on physical sales and downloads. The songwriting community has successfully advocated for this tariff adjustment and will continue to fighting for a boost where it really matters – streaming Good news for music creators at last!—Music Artists Coalition Board Member Susan Genco