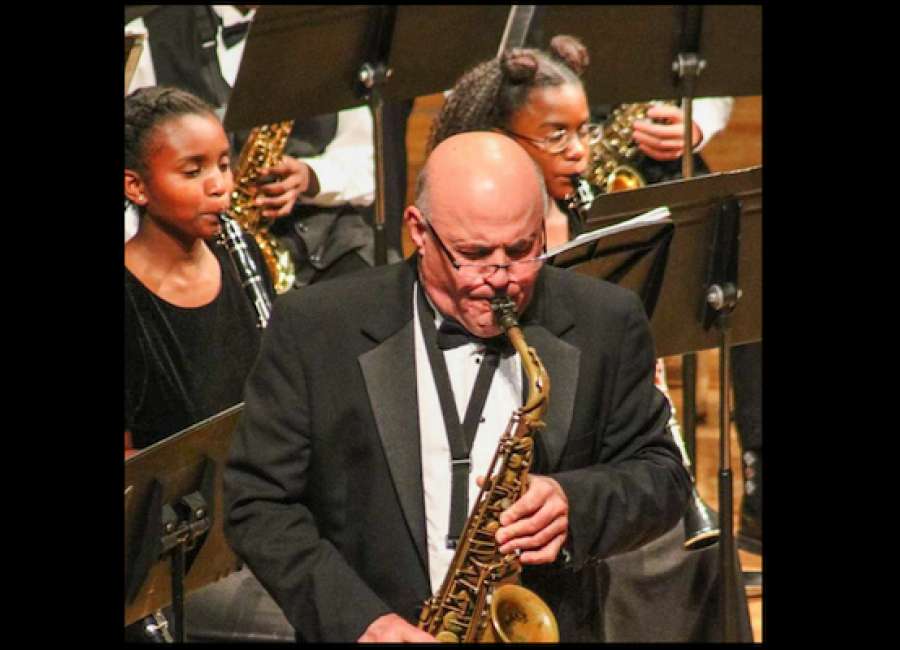 The late Mariano Pacetti will be the first recipient of the Coweta Legacy Educators Fund. A jazz concert celebrating his life and legacy is scheduled for June 2 at the Nixon Center.

The Coweta Legacy Educators Fund will hold its inaugural concert on June 2 to honor the late Mariano Pacetti, its first ever recipient.

The organization was created to recognize and honor arts educators who have made a significant impact and contribution to arts education in Coweta County schools.

One or more educators will be selected each year for the honor, and an event will be created to celebrate the winner. Proceeds from each of these events and any donations made in recognition of the winners will go into the “CLEF Fund” administered by the Centre’s patrons.

The Patrons of the Center is a nonprofit group organized to support the Donald Nixon Center for Performing and Visual Arts in Coweta County.

The concert honoring Pacetti will feature the Coweta All Star Jazz Band and the Carrollton Jazz Orchestra, performing at the Nixon Center. Ticket information will be available later.

The first group will feature current students in the Coweta County school system and will be led by Mark Hoskins, director of groups at Wheeler High School in Cobb County. The Coweta All Star Jazz Band will be followed by the Carrollton Jazz Orchestra, a big band of which Pacetti was a founding member.

The Carrollton Jazz Orchestra, a big band of which Pacetti was a founding member, will play a full concert as well as the premiere of a jazz chart commissioned in Pacetti’s memory and written especially for the Legacy Educators performance.

Pacetti was a music teacher at Coweta County Schools for nine years. He continued to serve the music education community in Coweta for decades thereafter through his employment with music salesmen who provided instrument repair and other services in the area.

He has also been a private lesson instructor for hundreds of students and has been a clinician, judge, consultant and guest performer on many occasions with groups ranging from beginner students to the most advanced high school ensembles.

Pacetti was widely known as a “Pied Piper” in the recruiting world, helping college band directors encourage hundreds of students to join the band. He was a band parent himself while his daughter, Christina – who pursued a career in musical performance with one of the US Army bands – attended Madras Middle School and Northgate High School.

“Mariano’s dynamic personality, incredible musical sense and immense love of people have had both a massive and lasting impact on the Coweta County music community,” organizers wrote in a press release announcing the honor. “It is with great pride that we honor him as the first of our ‘Coweta Legacy Educators.'”

All funds generated from donations or proceeds from ticket sales for Coweta Legacy Educators events will be used to benefit arts education in Coweta County. Money may be used to provide materials for use by Nixon Center students and may also provide other enrichment activities or materials in any part of the fine or performing arts that will benefit the student population of Coweta County schools.

Money or checks for the fund can also be deposited at band programs at East Coweta, Newnan or Northgate High School. Donate online at https://centrepatrons.kindful.com/?campaign=1195886.