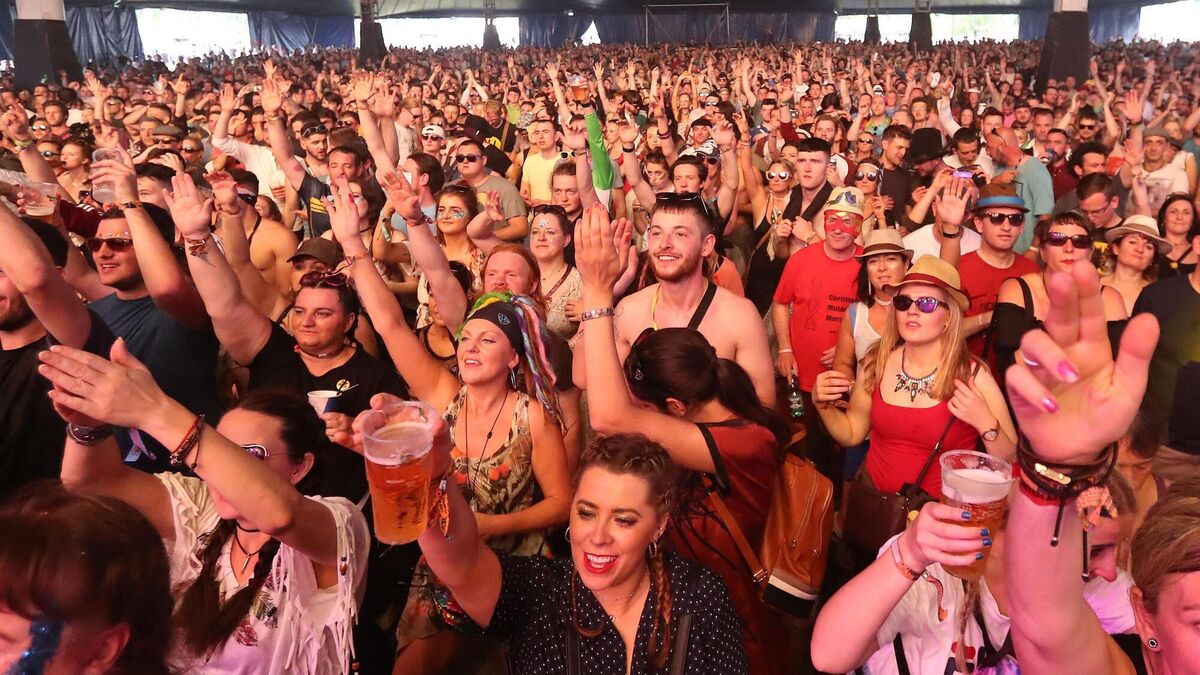 Five fantastic festivals that made us who we are

These freedoms have been hard won. I should know, I was a freedom fighter.

I remember the fight well. The guys beat a steady beat on the hood of my car and excitedly point their fingers at me as they say variations on “Howya Tom!” or â€œLook! It’s Tom Dunne. It’s not that unusual for it to happen when you’re making headlines and walking through festival town on the day of the festival.

I was not unhappy with this situation. I had a daughter with me and I couldn’t wait to get her to understand the scenario “in a group”. The singing was literally music to my ears. Sadly, she might not have been the right girl for all of this. Born and raised in Dublin 4, she might have been more comfortable in an article by Ross O’Carroll Kelly.

It is likely that she would never have seen people like these unless the television had accidentally been turned on for the game while her father was looking for rugby. Getting her into a Renault 5 had been a feat. She had only come to Thurles because she thought it was near Terenure.

It was very hot so I opened the car door. Outside, the carnage, or what we would now call â€œthe drinking day,â€ was in full swing. In the absence of “designated seats,” people sat on cars, telephone booths, sidewalks, and against each other. In Insta’s absence, people simply had to eat their food and cover their faces.

My friend was starting to get angry. Next to us, a waiter had placed four slices of fresh bread on the path and was trying to butter them. The butter was hard as a rock and the bread kept breaking. He was taken aback.

My friend asked, “Is it all right in the head?” â€œYes,â€ I thought, â€œmore than you will ever know. When the traffic cleared, we pulled into the backstage. No tickets, no pass, no plan. These are my lasting memories of Feile ’90. They are etched in my heart forever. It remains my favorite festival. The queue, facilities and location are one thing, your friends and the craic is another.

And so, with all due respect to historians, it was, in my opinion, the holidays that made us who we are today.

I wasn’t there but it was almost the goal. You saw the reviews, you heard Christy’s song and you knew, deep inside yourself, that you had missed something major! It was FOMO before the invention of FOMO.

The key here was ‘camping’. This idea made your head spin: music, girls, tents and no parents. It was dizzying.

The real reason our ancestors entered the GPO.

For some a footnote in the story, for others the holiday Neanderthal the crucial missing link. Experimentation in places, queues and, above all, the spelling of simple words to suggest corporate sponsorship.

Everyone’s daddy. The multiple stages, the activities, the campsite. Oxegen, continued the tradition of misspellings and was the festival during which festivals in Ireland – and the new sector of independent radio – grew. It brought more bands to Ireland in a weekend that had graced our shores during some of the rough years of the 1970s.

The festival iPad, the one we didn’t know we wanted until we saw it. He didn’t do anything new, he just did everything better: less crowds, better food, brilliant curation. Now we look back and think how did we live without it?

I must have missed a few. Who remembers Liss Ard, the small festival that first developed the idea of â€‹â€‹â€œmusic in a beautiful placeâ€, has now copied the country? And all together now, a reminder of what made the picnic so great.

At this point, there is almost one type of festival for everyone. Indie bands, surfers, literature fans, oldies, metalheads and all in between.

But when they come back, remember it wasn’t always like that. Some of us had to get in the Renault 5 and get there, stopping only at Foxrock for ice cream, a picnic basket and some nice drinks.