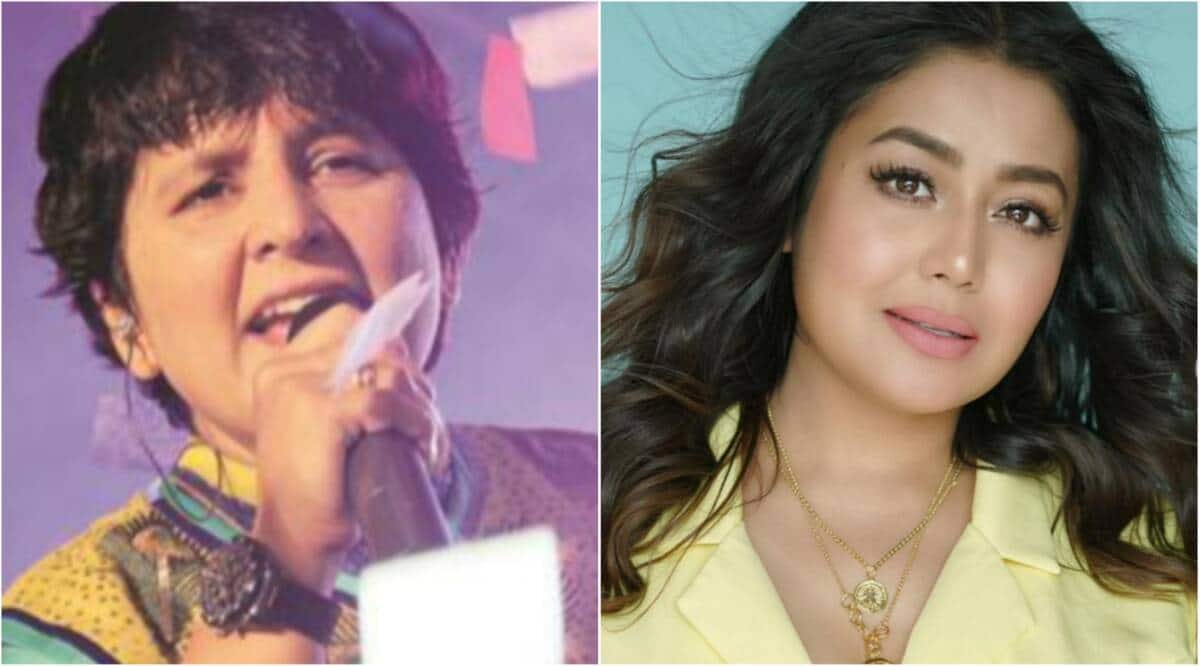 ‘Maine payal hai chhankaayi’ by Queen Dandiya Falguni Pathak is not a great song. In 1999, however, he snagged many teenage hearts when Pathak’s refined vocals merged with softly arpeggiated guitar to sing of the innocence of first love. The MTV generation, who grew up in the era of Indi-pop, swallowed it. It was the young love who ruled the pop scene and turned the engines of a post-liberalization music industry. With ‘Maine payal…’ and a few other songs, Pathak and composer Lalit Sen have delivered earworms that could stand the test of time.

It is doubtful, however, that the two considered the possibility of a song that became a popular fixture at Pathak’s dandiya concerts and continues to remain in vogue being remixed. Enter Tanishk Bagchi, whose name is on nearly every revamped and remixed song that has been released in recent years.

For the recent ones, controversial ‘O Sajna’, Bagchi brought his regular vocalist – Neha Kakkar – into the studio and had her sing a self-tuned version of ‘Maine payal…’. The song, which was released days before the Navratri celebration, was just in time to hit the market. For many fans of the original, a self-tuned remix of a popular song felt not only boring but also disrespectful. They protested, criticizing Kakkar and his voice and accompanying music video, many, unfortunately, even shaming him.

But Kakkar is just one part of a much larger problem. As Bagchi has often said in interviews, it’s important to understand what people want. “I may be a jazz pianist or a western classical artist, but if I try to pass them on to the masses, they won’t understand, because they haven’t learned that. They might figure out a groove they can dance to. We are artists…” It’s not often that we witness such infantilization and underestimation of our public. And Bagchi continues with his remixes, ignoring criticism from senior artists including Lata Mangeshkar and AR Rahman.

Behind the mainstream music scene currently lies a predatory ecosystem of music producers and labels. And under companies like T-Series, which uses the name Gulshan Kumar as the posthumous producer of all these songs, Bagchi and other songwriters are finding new ways to generate hits. Most of the songs they choose to remix have had their heyday, familiarity and clever new packaging enticing listeners to tune in, finding streams and downloads, dominating the charts and raking in money. In the past, Bagchi, for example, has relished “Humma Humma” by AR Rahman from Bombay (1995) for Ok Janu (2017) and ‘Masakali’ from Delhi 6 for a T-Series music video. He also covered Lata Mangeshkar’s iconic song “Chalte chalte” from Pakeezah (1972), in addition to another popular Pathak song, “Yaad piya ki”.

Remixes became big in the 1990s, after a series of bad tunes in the 1980s. It was then that ‘Kaanta laga’ with Shefali Jariwala, who remixed ‘Bangle ke peeche’ from samadhi (1972), became a success among many others. But here the melodies haven’t been touched much – only the presentation styles have been, with some hitting the mark and some missing. What Mikey McCleary did in Shaytan (2011) several years later recreating ‘Hawa hawaii’ (Mr India1987) and ‘Khoya khoya chand’ (Kala Bazaar, 1960) was exemplary of what a different perspective can do to a song. He made the songs beautiful again. The recent round of remixes, on the other hand, are all about merging hook with a few odds and ends, auto-tuning, inserting dosed words into the mix and voila – you get a fun-tasting old wine in a shiny new bottle.

It is not a lack of creativity that drives this phenomenon. There are far too many brilliant composers and singers who continue to produce and perform great tunes. Even some of Bagchi’s original compositions show this. The problem seems to be a “lack of courage” on the part of producers to support new projects, as playback singer Sona Mohapatra points out in her recent tweet.

Pathak herself raised the issue of consent, saying no permission was asked before retouching the tune. The original composition was produced by Polygram, which later merged with Universal Music as the rise of Bollywood spelled bad news for music companies that had once served as a launching pad for new pop artists. It’s unlikely that Pathak and Sen had a say in the conversation between T Series and Universal. That’s why Pathak doesn’t have the rights to his songs and can’t fight a legal battle for anything done to them.

In another part of the country, composer Ilaiyaraja claimed copyright over his own musical work and master recordings, fighting music companies in court over the same. Outside of India, international popstar Taylor Swift has found a way. Since 2016, she has taken on the colossal task of re-recording 108 songs (six albums) owned by Big Machine Records. The Nashville-based company sold its songs to Ithaca Holdings who then sold them to Shamrock Holdings in 2020. It is re-recording them, asking its loyal fan base to stream the new tracks. Swift failed to acquire the masters of her own songs – all of which she had written, composed and performed. His attempt carries an important warning to new artists who tend not to cover all the bases when signing recording contracts. Because in the war of legality versus respect in the music business, the former usually has the advantage. For now, Bagchi appears to be winning.

Sundays are for restorative “silent nightclubs” in Long Beach