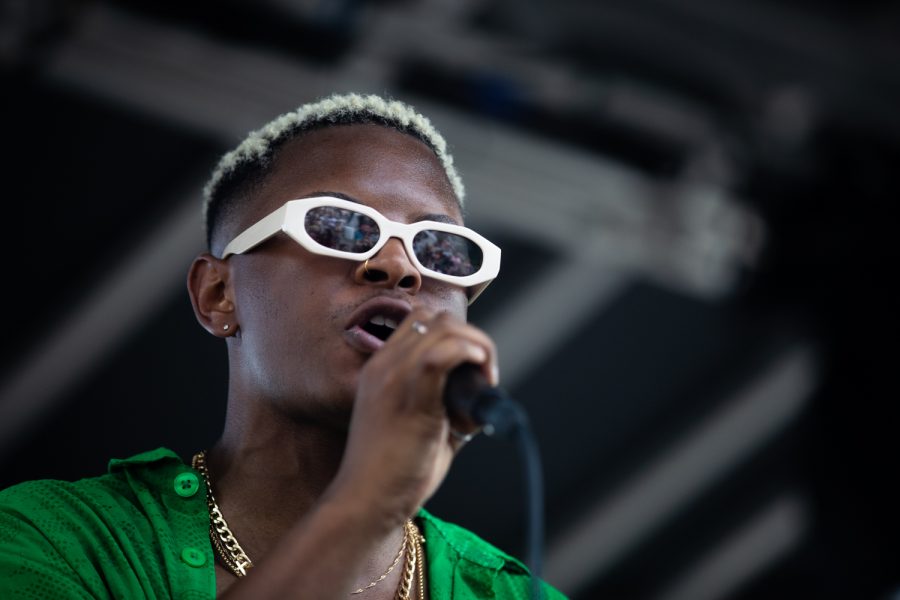 Alyx Rush explains how he got into the music industry, which inspires his work and his music-making process.

Alyx Rush’s love for music started with her mother. As a young child sitting in church, Rush found himself involved in the church band his mother led, singing and playing guitar.

What started as a pastime in church soon turned into so much more. With the full support of his parents, Rush immersed himself in the world of music production. In 2012, Rush wrote a song called Apocalypse about the hypothetical end of the world, which he would eventually take to a recording studio in Chicago. This song has since been deleted from his discography, so it is not available.

“That’s where I kind of set foot in a studio and started recording my own stuff. It was a really cool and very eye-opening experience for me,” Rush said in an interview with The Iowan Daily.

Between gigs in small bars and working to write more music, Rush found a manager in 2015 who was able to get him into a recording studio in Manhattan after his experience in Chicago. Rush said his visit to New York and his exposure to music there is what really pushed him to pursue music in a professional setting. Rush said that even though he wasn’t signed at the time, it was cool to be around other people who were making music professionally.

“It really allowed me to hear the music and know what I’m listening to,” Rush said.

Rush said that while he strives to create his own sound, he certainly draws inspiration from other music industry legends. He said he looked to artists like Frank Ocean and SZA, among others, for the overall style he wanted to capture.

The themes that Rush typically addresses with his music tend to show up in songs about love – more specifically, heartbreak. Rush said he didn’t do it intentionally, but those most painful emotions are what tend to come through throughout his writing process.

When creating a song, Rush said it usually starts with him and his guitar. After settling on a general topic, he said the end result flowed from him, which is one of his favorite parts of music-making.

Growing up in small town Iowa, Rush said her recent move to Iowa City was a great experience.

“After moving here, there were so many people who kind of blew me away with the talent they had and their ability to collaborate,” he said. “It kind of helped me adapt to this new music scene and helped me find the sound I was looking for. It’s been amazing so far.

Rush said one of the hardest parts of the industry is knowing that there will always be people who don’t like him or his sounds. However, Rush said he seeks to use this as motivation to improve.

“It’s just really rewarding to be able to see that I can kind of see myself growing as a musician,” Rush said. “It’s really gratifying for me because music is just a very difficult industry to break into.”