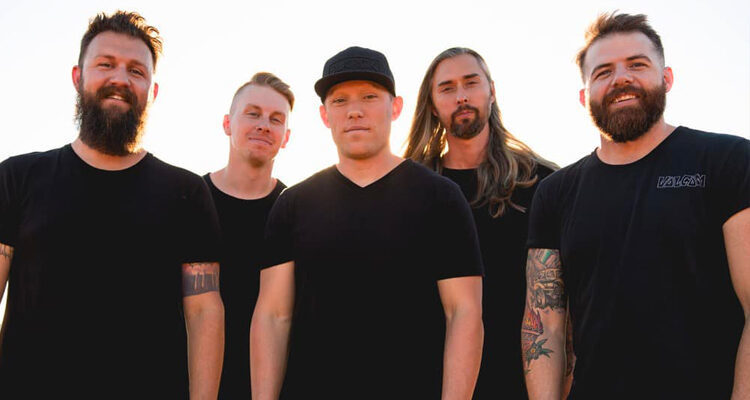 Kutless on overcoming the pain of church, deconstruction and new music

For those who grew up in the youth band culture of the early to mid-2000s, Kutless was synonymous with Christian rock. With lead singer Jon Micah Sumrall’s melodic vocals backed by gritty instrumentals, the Portland, Oregon-based band broke stylistically and topped the CCM charts with songs like “Strong Tower” and ” Sea of ​​Faces”.

But despite their commercial success, it took a long time for the group to be accepted within the very group they sought to represent: The Church.

“When we started, we were still told all the time, ‘Rock music is evil. You shouldn’t have drums in your music. You’re satan worshippers, people accused us of all kinds of things’ , Kutless guitarist and songwriter James Mead told the Christian Post.

“We’ve had people standing outside our shows picketing; we have had bad things written about us and said about us. And at the end of the day you just have to remember that Jesus’ promises to me are true and what is important about my identity is how my Holy Father sees me. And we just knew we had to keep pushing because we had a message to share.

Breaking the misconception that cult music and rock cannot co-exist has been a challenge for many years, Sumrall added.

“I remember guys picketing outside our show. And we were like, “Hey, don’t hit it until you check it out, man.” Like, come in. And they wouldn’t come in, of course, but I was like, ‘We’ll buy you tickets, we’ll hook you up, come inside, see what we’re doing, and then you can tell me I went to hell.’ I was like, ‘We bring people from all different backgrounds and types and we share God with them. … Look, it’s rock and roll. We are having a good time. But he has a purpose. And it has depth.

Despite their complicated relationship with the CCM world, their own experiences with church wounds, and changes within the band, Kutless has remained true for decades to his mission to highlight God’s goodness through his music. , whatever life may bring.

This passion, shared by the band, was instilled in them on September 11, 2001, the day they were scheduled to audition for Seattle-based label Tooth & Nail Records. On one of the darkest days in US history, the band felt God had given them a sort of Great Commission: “Go now, for the world needs to know of my love, and I will lead you.”

“It was very clear to us what we needed to do,” Mead explained. “And so, as people came at us trying to stop us, we kept going. And I think over time we kind of wore people down, or maybe… over time we gained their trust. We have always been a group that has tried to stay focused on Jesus with our music and with our ministry. And over time, we gained the trust of people who could really help make a difference. And that’s what worked.

Last month, 20 years after the release of their self-titled debut album Kutlessthe band came outTwenty,consisting of three re-imagined and re-recorded versions of the alum’s three hit songs: “Your Touch”, “Run” and “Tonight”.

“On July 16, 2002, our eponymous Kutless first album came out, and 20 years later we wanted to do something fun to celebrate,” Mead said. “That’s quite an achievement for a rock band, especially rock and roll bands in the Christian music industry. So we’re very grateful and humbled that we’ve had to do this for 20 years. And our fans mean the world to us, so we wanted to do this fun celebration with them of our debut album.

The song “Your Touch” features the vocals of Caleb Sumrall, the 17-year-old aspiring musician son of Jon Micah.

“It was really, really cool to be able to share that with him,” Sumrall said, pointing out that his son wasn’t even born when the album came out. “Now he is 17 and a senior in high school. It was just a good thing that he was part of it like that.

The re-released songs come after a five-year hiatus, during which Mead said the band went through “a really tough ordeal” that encompassed personal loss and financial repercussions for the band.

“We really needed to take a break, heal, grieve and learn to trust people again,” he said.

Now Kutless is working on fresh new music in the studio and launching a podcast featuring stories from their many years on the road.

“I feel like God, if we were in a cave, licking our wounds for the last five years, I feel like God is saying, ‘OK, guys, it’s time to get out of the cave now. It’s a bit like what we feel within Kutless at the moment.

The band reflected on the many changes they have seen in the Christian music industry over the decades. They weighed in on the recent trend of deconstruction seen among some prominent Christian musicians of the mid-2000s: Marty Sampson of Hillsong, for example, publicly renounced his faith, while Jon Steingard, lead singer of rock band Hawk Nelson, stated that he “no longer believed” in God.

“John, it’s really emotional for me, to be totally honest,” Mead said. “He was a very good friend of ours. And now I haven’t spoken to him in forever; I reached out to him a lot back when he went public with that change of heart and went completely retired from Christian music. And I love this guy. And I miss him. And I’m sad that all this anger and frustration, that he treated him this way and decided that God wasn’t real .

But the Church, they stressed, must do a better job of being a “safe place” to process doubt and accompany those who struggle. Historically, Mead said, the Church got it “wrong” – and there are, he pointed out, “many things that are quite damaging to the culture of the Church, which are significant issues that need to be be resolved”.

“I understand that people would be hurt by this and choose to walk away. I think there needs to be a collective assumption of the character of Christ, who went to find skeptics in His ministry. He went to find the… people who were pushed to the margins of society… He spent time with them.

“We draw lines in the sand because we are so afraid that we have to defend the gospel, but the gospel fights back, the Holy Spirit will lead,” he said. “Bringing a brother or sister back to faith, if they doubt, is largely done by patience and love, and simply by being their friend, and continually pointing to Christ in what is going on in your life, and don’t smother them with it.”

Sumrall, the son of a pastor, reflected on his own experience with doubt and questions of faith. It was only recently, he said, that he realized all the baggage he was carrying because of the legalism he had experienced within the Church.

And the Christian music industry, the musician added, can be a “pressure cooker” for those already struggling with doubt.

“We’re treated to the same kind of standards that a senior pastor would be, like, you’re a leader in the Church, and a leader looks like x, y, and z; you have to act that way, you have to look that way. …If you stay in there long enough, what can often happen is that you either become rebellious…or you conform to their expectations. And you really become a robot, and you lose your identity and your sense of self and who you are… and that’s super destructive.

Based on his own experiences, Sumrall said he has “a lot of grace” for his peers struggling with hurt, pain and confusion, adding, “I feel like I understand; it makes me sad for what they had to go through. And hopefully, eventually, the truth will be siphoned out of their story where it can actually shine through.

“I think we just need to be more gracious and loving and kind and point people to Christ. And that’s when they’re going to start changing and becoming like God wants them to be like, because they’re in relationship with Him because He loves them and they love Him back. And I think that’s where the transformation takes place,” he continued.

And whatever the future holds for Kutless — or the Christian music industry — the band said their goal is the same as it always has been: to show others the faithfulness of Christ and to accompany those who suffer. In fact, they said, their calling is more evident than it has ever been.

Leah M. Klett is a reporter for The Christian Post. She can be contacted at: [email protected]

People who play music while studying are more likely to have a higher GPA, new survey finds