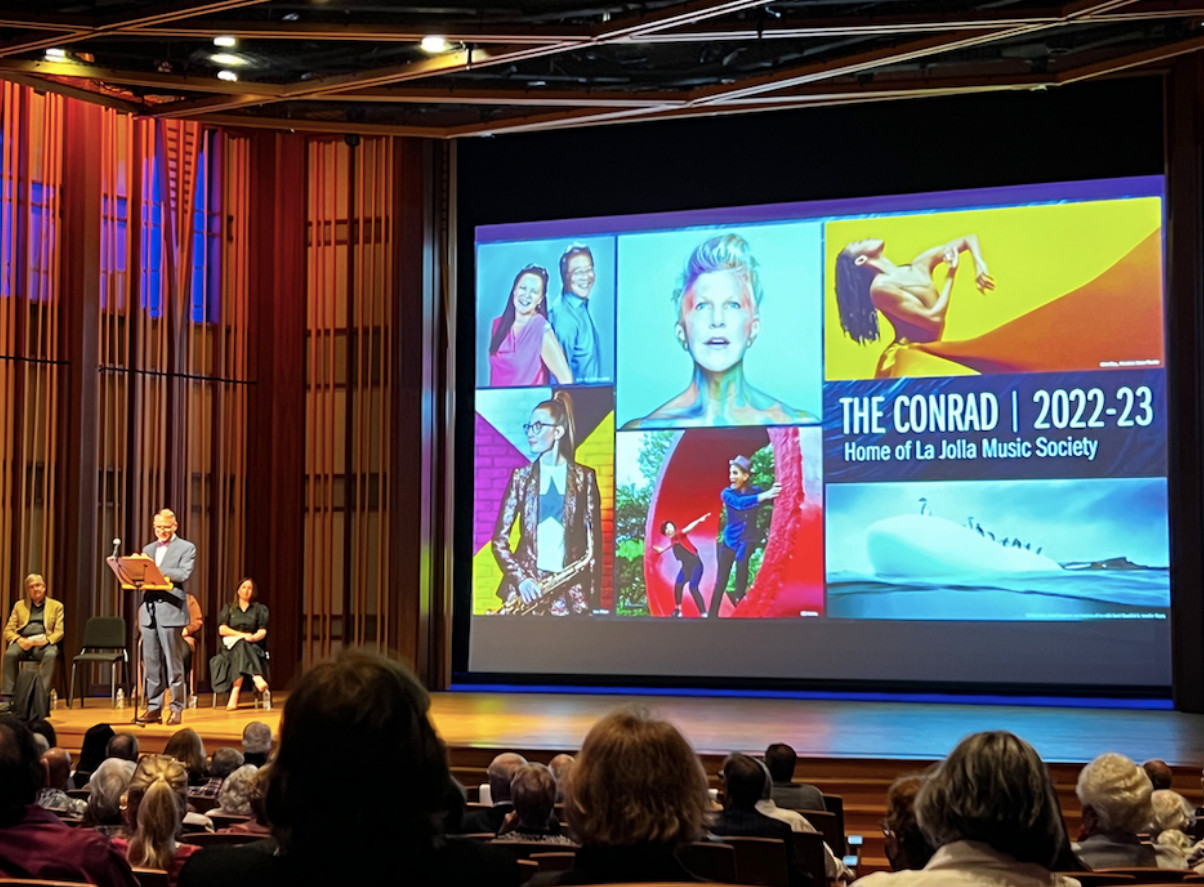 More than 200 supporters and patrons of the La Jolla Music Society gathered this month for the inaugural “State of The Conrad” event, which included news of a new ticket revenue record.

From the stage of the Baker-Baum Concert Hall at the Conrad Prebys Performing Arts Center, President and CEO Todd Schultz presented milestones and successes from the past season and outlined the company’s plans for the future. .