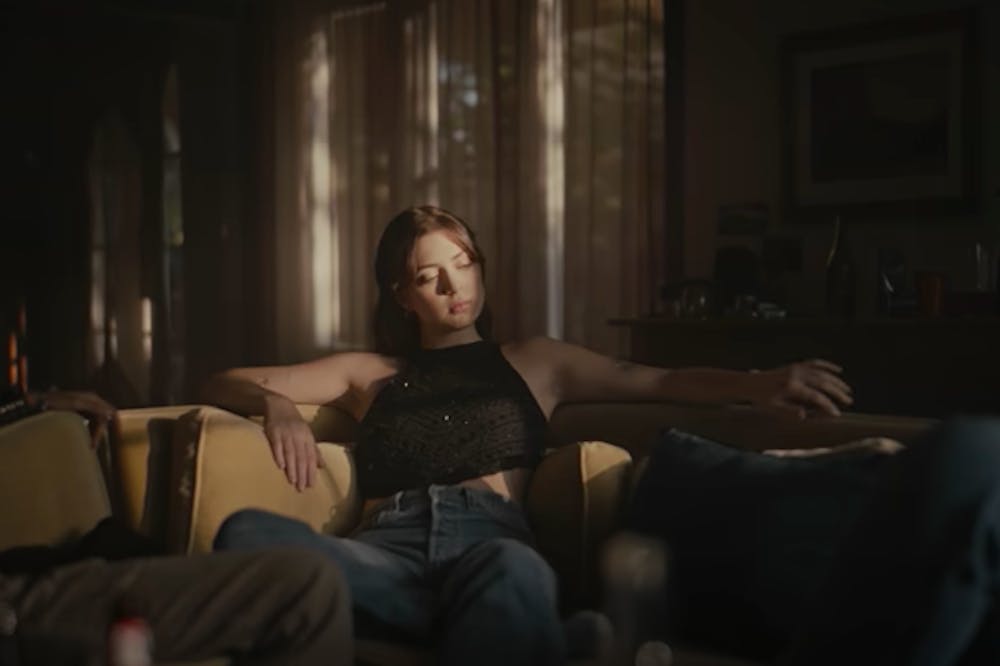 An alumnus of Berklee College of Music, McAlpine previously cemented her place in the music industry with the release of “Give me a minute,” her first full-length album, in 2020. This sweet, sweet record offers comfort in the relatability of its lyrics on the cycle of loss and the search for love, most notably through the songs “Means Something” and “Pancakes for Dinner”, respectively .

Since then, McAlpine has established a sizable following on TikTok, where she posts candid videos of her daily life and snippets of new songs, often sung casually from her bathroom floor. A particular video of an unreleased song known as “You ruined the 1975” garnered over 9 million views, nearly 2 million likes, and thousands of comments begging for its release. In a Live broadcast on Instagram from January 2021 which shared a more complete version of the TikTok demo, McAlpine revealed why this version will not take place:

“I was about to release my album [“Give Me a Minute”] and it made me sad that people are only interested in this song… I don’t want my other music to be overshadowed by this song because personally I don’t think it’s [my best work].”

While “You Ruined the 1975” certainly resonated with a wide audience, McAlpine’s response to its virality proves that she prioritizes the quality of her work over the number of streams. McAlpine has admitted to the possibility of this song being released “down the line,” but her current stance certainly cements her position as an acclaimed songwriter as opposed to a social media artist – an apparent trait that can be seen in her latest work.

“Five Seconds Flat” – as a beautifully crafted 14-song narrative – sounds noticeably newer than McAlpine’s debut album. However, that was the intention from the start, according to her interview with the Boston Globe from March 2021:

“[My second album] definitely sounds totally different, and I want people to listen to my discography and say that my style has progressed and matured.

“Doomsday” – the disc’s opener, first released as a single in October 2021 – accomplishes just that. This breakup song, familiar territory for McAlpine, takes on a whole new meaning with its ominous and somewhat resentful tone as it depicts the anticipation of heartbreak.

Following the album opener are “an ego thing” and “erase me (feat. Jacob Collier)”, both of which are best described as indie-techno thanks to a powerful synth. “all my ghosts” precedes “reckless driving (feat. Ben Kessler)” later in the album and introduces a more indie-pop feel. Further down the track list, “firearm” embodies an alt-rock vibe in its chorus with electric guitar accompanying a powerful vocal. In the past, when McAlpine found success in smooth, independent ballads, she again exploited this with “ceilings”, “nobody likes a secret”, and “chemtrails”.

The record ends with “orange show speedway”, a considerably upbeat song that reflects McAlpine’s emotional return to the place she fell in love. Hidden in the last verse is the only mention of the album’s title, apparently in reference to the longing for the love that caused so much pain:

Throughout his discography, McAlpine has shown his unique talent for including very specific personal anecdotes in his lyrics while creating songs that are fully relatable. This strength is most evident in “Five Seconds Flat,” as a full story engages listeners throughout a flowing track listing.

So, in short, while all of his songs are sonically unique, “Five Seconds Flat” stays tied together thanks to McAlpine’s dedication to incredible lyrical and thematic cohesion.

Perhaps the greatest gift of McAlpine’s second studio album is its visual components. Accompanying the release of “Five Seconds Flat” is a short film which artfully pulls together ten songs from the album – behind a few clips from past music videos – with narrative scenes in between. Because McAlpine’s songs are so lyrically strong and the cinematography illustrates the album’s story so beautifully, this short film exists as strong entertainment in its own right, as opposed to just a collage of recycled footage.

While McAlpine’s music may not currently be on your radar — though I now hope it is — his rise in the industry hasn’t gone unnoticed. “five seconds flat” caught the attention of many fans in addition to major media platforms such as Soundcheck on NPR and credited Mills with Apple Music. The album debuted nationally at #6 and overall to #9 on the Spotify charts and has since gained over 22 million streams on the app.

Maybe you’re hearing about Lizzy McAlpine for the first time in this article or are a fan of her previous work. Maybe you’re drawn to roughness or singer-songwriters or looking for a refreshing take on breakup albums. No matter where you are, one thing is certain: you will quickly fall in love with McAlpine’s new record. Just give it, like, “five seconds flat.”

Get The Chronicle straight to your inbox