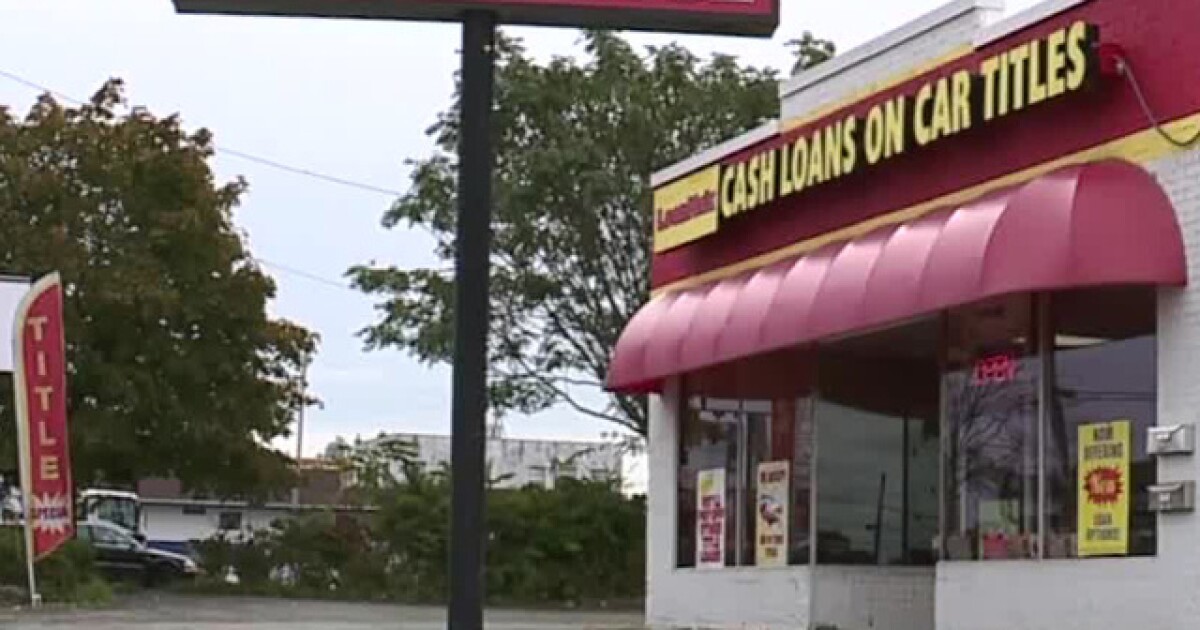 The family of an Army veteran and Summit Co. Veterans Service Commission officials said LoanMax, an Akron auto title lender, refused to accept a lump sum loan payment on behalf of the veteran who remains in hospital after suffering numerous strokes.

Due to the company’s reported refusal to accept the final loan payment, the Veteran’s family are concerned that the outstanding loan balance will continue to generate interest and additional charges.

Gibson ‘Gib’ McMaster III, a U.S. Army veteran, suffered up to eight strokes earlier this month, his family said. McMaster also has two holes in his heart, which made his recovery and rehabilitation difficult. The situation surrounding his pending title loan only further aggravated the grief of McMaster and his family.

“Stress, a lot of stress. It is a very stressful situation for everyone. Of course, much like Gib, he worries about the stress this causes for [his girlfriend] and his heart and how we function at home without him, ”said Kelly Doolittle, sister of McMaster’s longtime girlfriend.

Amid financial difficulties in September 2017, McMaster took out a title loan on his vehicle from LoanMax, a consumer loan company that owns dozens of storefronts in Ohio. According to state filings, LoanMax operates as a Georgia-based company, Drummond Financial Services. McMaster’s title loan was $ 515, which he used to repair his family’s van – their only vehicle, according to the loan documents.

Loan documents provided to News 5 show that the annual percentage rate on the $ 515 loan was 329.82%, bringing the total payment over the life of the loan to $ 1,213.05, or nearly three times the amount loaned to McMaster. According to the loan documents, McMaster received $ 500 plus a $ 15 fee for the lien on the title.

Then come the other costs.

A total of $ 592.25 would go towards credit service organization (CSO) fees paid to Drummond Financial Services, according to records. There was also a loan origination fee of $ 15, bringing the principal amount of the loan to $ 1,122.25.

Over the next six months, McMaster faithfully paid off the loan each month, his family said. Then, in February 2018, McMaster believed he was nearing the end of payments when LoanMax informed him that he had not paid off the principal on the loan – only interest and fees, his family said. Because he still had an outstanding balance, he renewed the loan for another six months, which resulted in an additional charge of $ 100, according to the loan documents.

Then, in early October, McMaster started to feel unwell and his health quickly deteriorated.

“We took the Summit County papers from Veterans Services, stamped on it, official stamp. We took it there and [LoanMax employees] said they had never seen this before, ”Doolittle said. “They didn’t think it was a real place and refused to fill out the papers. Whether you’re in the service or not, if you’re going to pay this loan off and you have the money on hand, it’s a valid check from anyone, you should be able to pay it back.

“This is money that is being taken to pay off this loan, so I have no idea why they won’t accept it, other than the fact that they want to continue to earn interest above 300 percent. “said Doolittle. “Personally, that’s why I think they refuse to take the balance and let them pay off the loan because they are trying to force them to pay another six months.”

News 5 tried to stop at the LoanMax location on South Arlington Street. However, one employee said her manager was on leave and relied on the area manager instead. As of Thursday evening, the zone manager did not return requests for comment. Larry Moore, director of the Summit Co. Veterans Service Commission, told News 5 his office received a call from an official at LoanMax who offered to send the documents necessary for the loan to be repaid. Moore said the manager also said the amount owed on the loan was less than what Doolittle had been told.

However, as of Thursday evening, the loan balance still had not been paid in full.

“It doesn’t matter if I write this check, whether you write this check, or whether an agency writes this check, the check is there with the finances to pay off that loan to the veteran who is building the hospital,” Doolittle said. . “They refused to take it.

According to the Ohio Attorney General’s Office, LoanMax has been the subject of more than 275 consumer complaints since 2013.