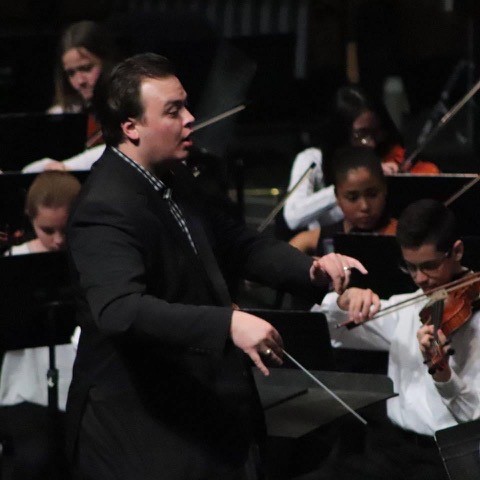 Originally from the Washington DC area, Nathan moved to El Paso in 2010 to attend the University of Texas at El Paso. There, under the tutelage of Zuill Bailey and Lowell Graham, he completed a bachelor’s and master’s degree in musical performance.

Since 2017, Nathan has been a section cellist at EPSO, conductor of the EPSYO Youth Symphony Ensemble and cello teacher at the El Paso Conservatory of Music.

He is also currently a dual-credit Orchestral and Music Appreciation Instructor at Burges High School in the El Paso Independent School District. He is a certified public school teacher in the state of Texas.

Nathan Black replaces James Welsch who left in November 2021 to return home to be closer to his family and take over as Music Director and Symphony Conductor of the Florida Symphony Youth Orchestras.

Nathan will take over as CEO of EPSO on May 1, 2022. In addition, he produces and hosts 88.5 FM KTEP’s “El Paso Symphony Orchestra Broadcast” and, from 2022, he is the resident speaker from EPSO’s ‘Opening Notes’ series.