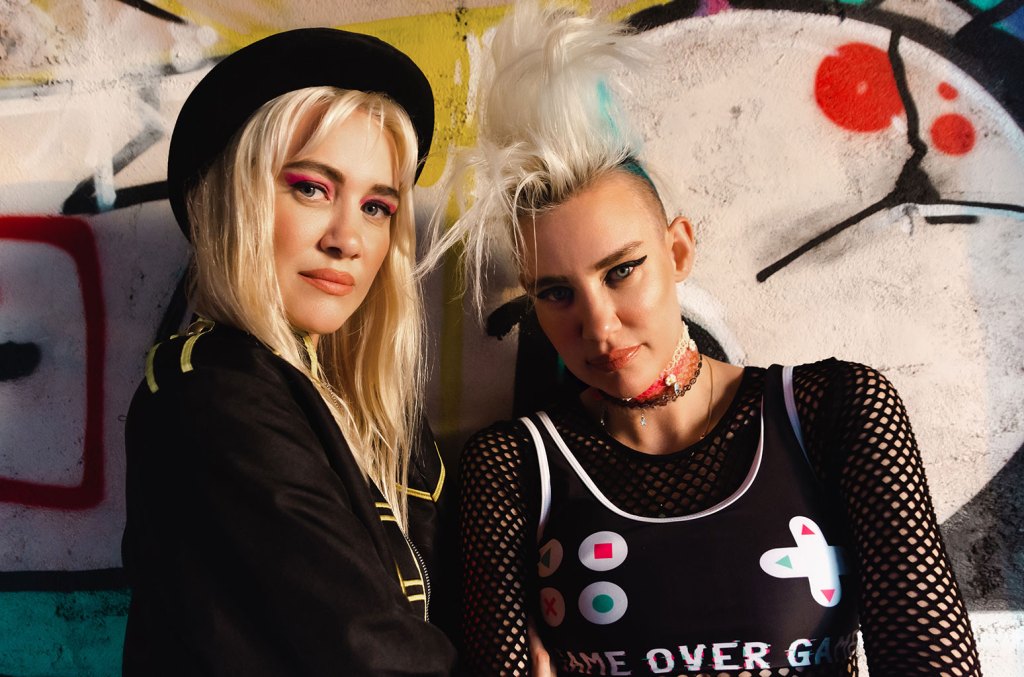 They may not have realized it at the time, but the Tomorrowland 2022 crowd was taught a lesson in the grim realities of child trafficking, as they raved.

This transmission happened during a trio of sets by NERVO, who during each episode of the three-weekend Belgian mega-festival played a new song with lyrics asking: “Did you know she didn’t doesn’t always have a choice / Did you know that he doesn’t ‘ you don’t always have a voice?

“If you look around, things might not appear as they seem,” the female voice continues during a moody future rave production. “If your eyes are open, you can help free her.”

NERVO hopes this track will inspire that exact effect. The song, which is yet to be named, was produced to raise awareness about child/family separation and child trafficking, with NERVO’s latest performance at Tomorrowland on July 30 coinciding with the United Nations World Day Against trafficking in persons, a global opportunity to raise awareness. On the question. (Listen to an exclusive preview of this song below.)

The track is the centerpiece of a campaign on which the Australian duo – twins Liv and Mim Nervo – are collaborating with Hopeland, a UK-based organization that works to stop children being separated from their families. and to help prevent children who have had such experiences. separation from trafficking. The UN notes that one in three trafficking victims detected is a child.

For NERVO, the partnership is literally a family affair, with Liv’s three-year-old daughter, Ace Paloma, featured on the song, announcing in a small but mighty voice that “Together we can help!” make known.”

“She wasn’t even three at the time,” Liv says, speaking to Billboard on Zoom from Ibiza,” and she was a little scared of the mic at first. But she styled it.

According to Hopeland’s 2021 annual report, more than 25 million children worldwide are separated from their parents, including up to 9.4 million children who live in orphanages. Hopeland’s mission is to ensure that children have safe and loving families, saying that children separated from their families become more vulnerable to trafficking and that the huge amount of foreign funding that goes into orphanages encourages recruitment active of children in orphanages.

This devastating problem may seem far from the carefree confines of Raveland, but it’s one the Nervo sisters have been forced into for a very personal reason: their own children. Both Mim and Liv gave birth to daughters in 2019, with Mim having a second child. (Since becoming a mom, Liv has shared on social media how Ace Paloma’s father abandoned Liv and her daughter, with Liv discovering he was hiding another committed relationship in which he had two children.)

“I’m partly ashamed to admit that becoming a mother was the turning point,” says Liv. “There are a lot of people who have a stronger social conscience [than I did before], and I admire them a lot for that. But going through that personal journey and raising my daughter alone – there were abandonment issues I had with her father – made me look out into the world and see other children who have been abandoned by their parents and by the society. It inspired me to practice a lot of gratitude for my own situation and my own privilege, and to want to do something – like anything.

That something became Hopeland, the organization founded in 2014 by Nicholas Evans and Deborah-Lee Furness, wife of Hugh Jackman. After being introduced to Hopeland through manager David Guetta, NERVO bonded with Evans, and together they thought about how they could get involved. Eventually, the group decided that the most effective path would simply be for the sisters to do what they do best: make music.

Thus, the spark for the song was created, with Hopeland and NERVO collaborating closely on the lyrics, which nod to the issue without being entirely overt. (“Is someone looking for me?” asks Ace Paloma in his feature.) The song marks Hopeland’s second high-profile musical collaboration, following the 2019 release of Coldplay’s “Orphans,” which focused on the global refugee crisis.

“This project with NERVO was particularly special, as we explored how to communicate on such an important issue,” says Evans. “How do you give people something to do with it? That’s what we’ve done with the NERVO team – creating lots of content so we can direct people to a site to learn more about the issue and understand how they can support different organizations tackling it.

Part of the strategy behind this campaign is its length, with the song’s debut in July at Tomorrowland marking the public launch of a partnership that will continue with information sharing on social platforms and, eventually, the release of the song. This release date is yet to be determined, with the NERVO camp still in discussion with the label. All proceeds from the track will go to Hopeland, and Liv assures that this collaboration is “just the beginning” of NERVO’s partnership with the organization. “We’re going to continue with that and keep doing more,” she said.

Both parties believe this expanded campaign will help bring attention to the world of dance and beyond, helping people better understand a massive issue often hidden in an ordinary site, and then use Hopeland as a resource to find out. how to help support organizations focused on its resolution.

According to them, all of this will be much easier to accomplish with a track that you can really dance to.

“A lot of songs about these kinds of issues are kind of corny,” says Evans. “So how do we create something that continues to engage people on global issues so they don’t just check in? That’s where it’s been really great – with these guys who are so creative and finding ways to engage people who are really confronting, but with a song that’s also really hitting.