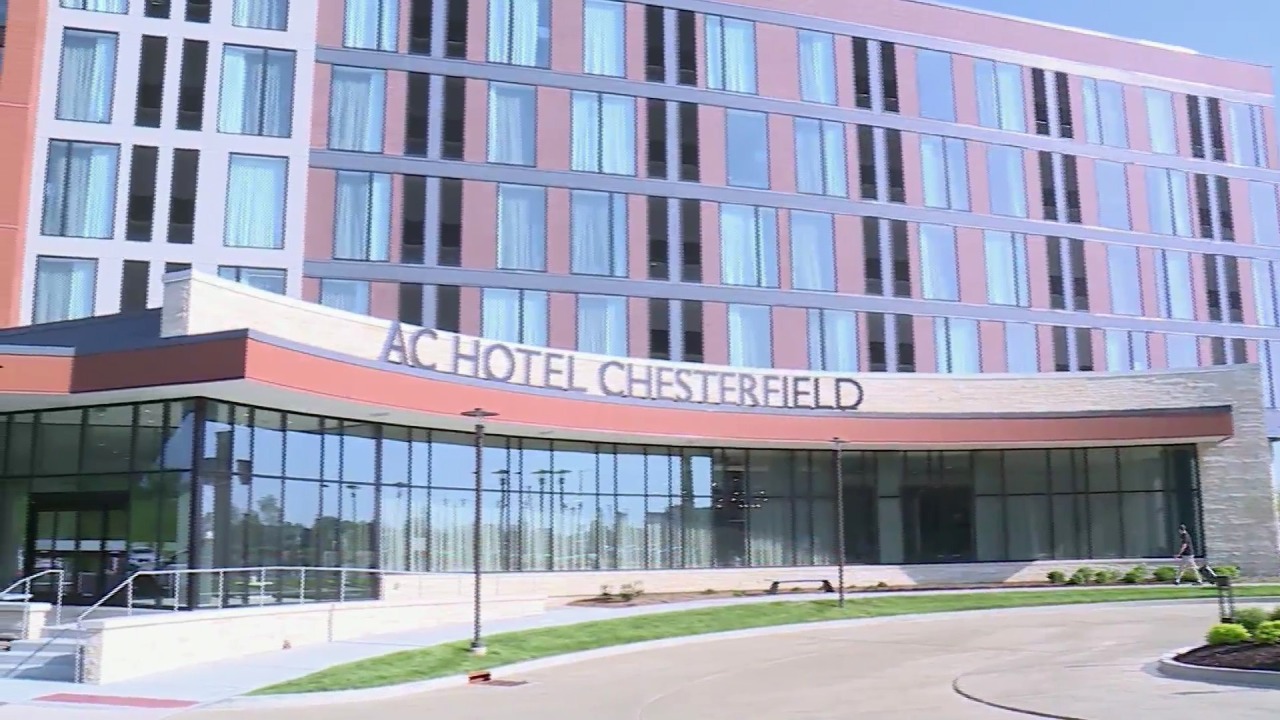 New developments are booming in Chesterfield, from the Marriott hotel to the concert hall

CHESTERFIELD, Mo. – Over the past few months, new developments and businesses have been announced in the Chesterfield area.

The AC Hotel by Marriott held its grand opening ceremony on Thursday. It is located on Wild Horse Creek Road off I-64.

“This region is simply amazing. The growth we’ve seen in Chesterfield and the welcome we’ve had since we’ve been here has been exceptional, and we’re so thrilled to be here,” said Jeffrey Brown, CEO of Schahet Hotels.

This is the first hotel development in the St. Louis area for the Indianapolis-based hotel group.

During its grand opening, the hotel announced its partnership with Wings of Hope, a nonprofit global humanitarian organization. It offers flights for people in remote parts of the world, for example using drones to deliver anti-venom drugs to Ecuador. The Nobel Peace Prize-nominated organization is headquartered at the Spirit of St. Louis Airport in Chesterfield.

“We are long-term partners of AC Marriot, and there will be opportunities for them to support us, much like they are doing tonight,” said Bret Heinrich, president and CEO of Wings of Hope. .

The silent auction during the Grand Opening Ceremony on Thursday evening benefited Wings of Hope. An exclusive specialty cocktail at AC Mariott in Chesterfield will also give back to the nonprofit.

“The fact that they chose Chesterfield is an honor and a privilege,” said Chesterfield Mayor Bob Nation. “The development just comes here, and we don’t have to provide any incentive or things like that.”

The new hotel is not the only new development in the area. The Factory concert hall recently opened and has hosted dozens of concerts. It is located near I-64 and Boones Crossing near the old Chesterfield Outlet Mall. The factory is 52,000 square feet.

The area has been called The District, where a new pickleball facility is also set to open. The facility is expected to be the first king of pickleball sports entertainment venue called The Real Dill Pickleball Club. The opening is scheduled for the summer of 2023.

Additionally, the largest music and film production facility in the United States has opened in Chesterfield, just north of the Spirit of St. Louis Airport. Gateway Studios and Production Services is set to build its four-studio campus for $111 million. The 32-acre site is expected to include a 330,000 square foot complex.

Trending: Mother says her son’s call to cardinals is ‘a dream come true’

According to the Missouri Department of Economic Development, GSPS “will employ more than 100 music and film professionals who will fabricate, build, test, and launch world tours of musical acts and films.”

“For its new operation, GSPS used the Missouri Works program, an incentive tool to help businesses grow and retain workers by giving them access to capital through payroll deductions or tax credits for job creation,” the agency said in a statement.

Plans are also underway to redevelop the Chesterfield Shopping Centre.

“We consider ourselves very lucky and blessed to have all of this development going on despite the covid we’ve had for the past two years,” Nation said.

Nation said there are concerns about the direction the economy is taking, particularly with the mixed-use facility off Wild Horse Creek for offices. However, he said it was impossible to say whether a downturn in the economy would occur.

Asking the right questions can prevent the progression of eating disorders, experts…