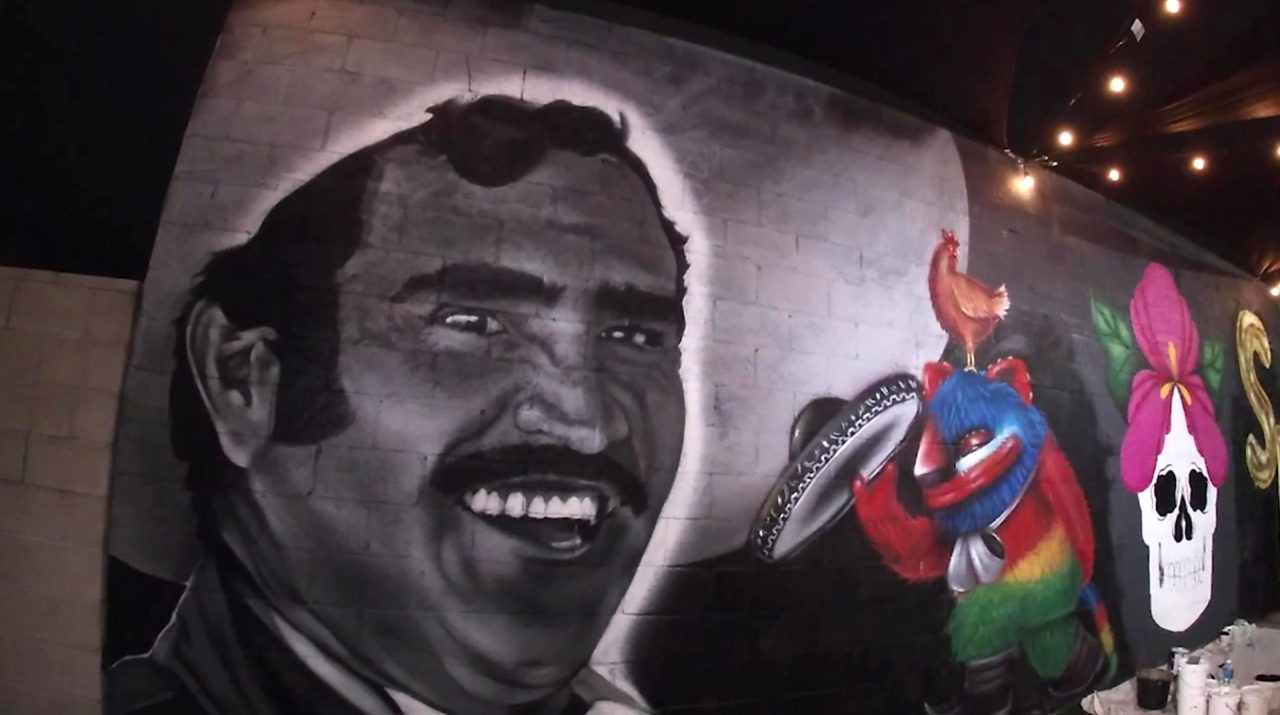 SAN DIEGO – A new mural in Sherman Heights has emerged this week in tribute to Mexican music legend Vicente Fernandez, who died in Mexico at the age of 81 on Sunday after a series of recent health problems.

The artist, actor and film producer, known as “El Rey (King) de la Musica Ranchera”, touched the lives of many Mexican families, including muralist Paul Jimenez of Ground Floor Murals. He and his partner Signe Ditona say they completed Fernandez’s mural in less than five hours.

â€œHis music is amazing, but symbolically he meant so much more than music to me and all of my family,â€ Jimenez said.

Jimenez and Ditona have become notable local artists over the past year, most often recognized for their series of murals depicting past and present members of the San Diego Padres, including Tony Gwynn, Trevor Hoffman, and Fernando Tatis Jr. They also painted the legendary Chargers linebacker. Junior Seau, the great Kobe Bryant of the Lakers and boxer Muhammad Ali, among others.

The duo wanted to paint Fernandez after making Gwynn’s mural last year in City Heights, but have never had a chance until now. Their Fernandez mural, also known as “Chente,” depicts a younger version of the Grammy winner in black and white.

â€œThe color is beautiful,â€ Ditona said, â€œbut I feel like it was really respectful to do this in black and white.â€

The Fernandez mural is one of six murals, by Latino artists from San Diego. Ground Floor Murals collaborated on the project with muralist Michelle Guerrero, also known as Mr. B Baby.

â€œI kind of wanted to pay tribute to Vicente, so I dressed him in the traditional Mexican clothes like the botas, the little tie and the hat,â€ Guerrero said.

The murals are available to the public at the Imperial Ave CoLab at 2460 Imperial Ave. An art exhibit supporting six Latino artists will take place on site Saturday from 5 p.m. to 9 p.m. with a $ 5 entry at the door.