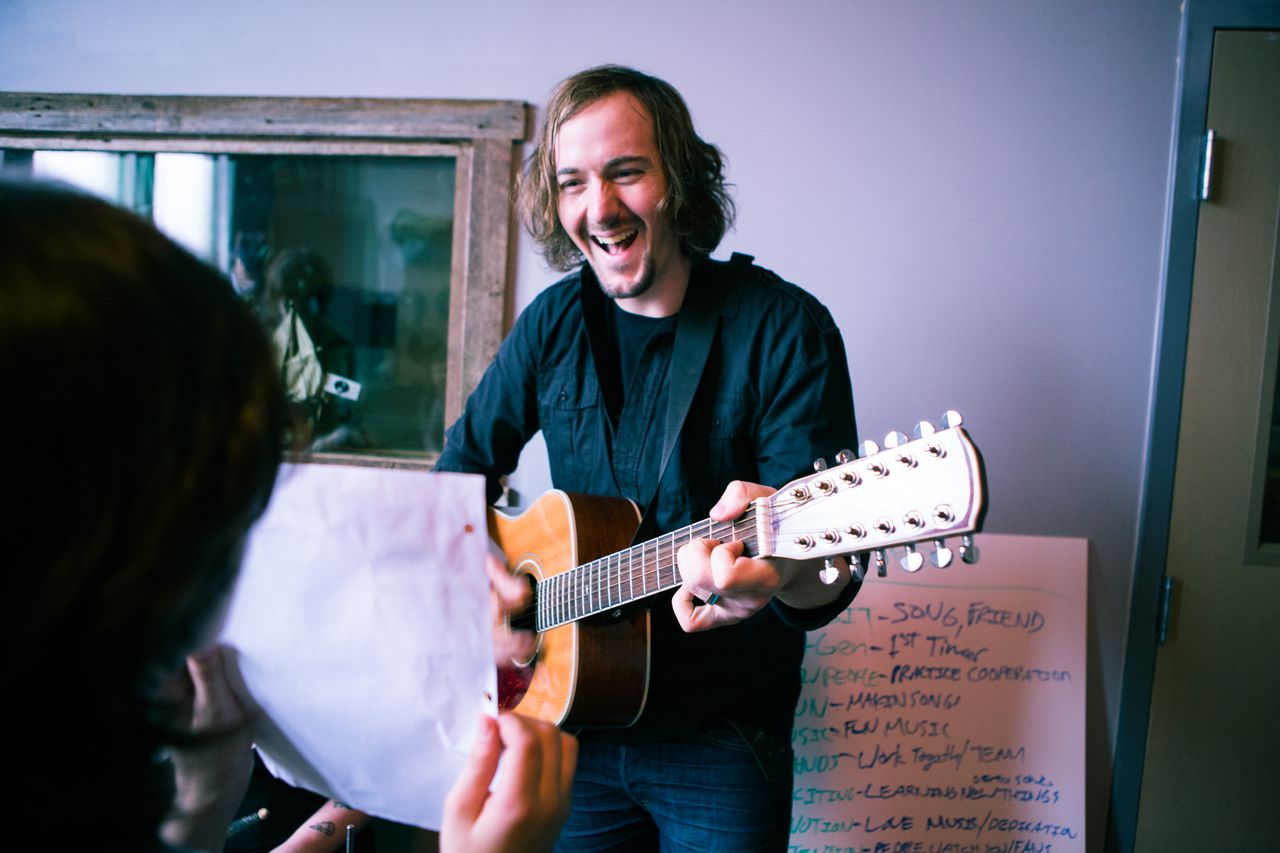 Ian Mouser, 42 and founder of My Voice Music, died Oct. 14 after being hit by a van in Arizona. Mouser, who left behind a wife and 6-year-old son, was on a cross-country bike ride to raise funds for his organization. He departed San Diego on October 11 and planned to cover 3,000 miles in 12 days, ending in St. Augustine, Florida. He died early in the morning on US 70 in Safford, about 130 miles from Tucson. The investigation is continuing, but it is “unlikely that criminal charges will be laid,” police said.

Those who knew, worked with and loved the man planned a 6 p.m. Saturday bike ride from My Voice Music at 3520 SE Yamhill St. in Laurelhurst Park. Everyone gathered will sing “Let It Be”, the song that Mouser traditionally played at the end of performances and workshops.

“This song was his take on how to navigate life,” said Trent Finlay, communications director for My Voice Music. “Sometimes things happen, and we have to let it go and be together in a community. That’s it on Saturday.

Finlay said Mouser discovered the power of music while working as a counselor at a Portland-area residential treatment center with young people with mental health issues. One day, Mouser brought his guitar to the center and discovered that music helps young people to be more open about their lives.

“Learning to write songs has changed the way they see the world and each other,” Finlay said. “Music became part of the program he was running there, and then he ended up starting his own non-profit organization in 2008.”

Amber Singleton, now 26, met Mouser when she was 15 and in the residential treatment center.

“I was a child,” she says. “He brought us all together and taught us the instruments. He was a supportive adult at a time when I didn’t have that in my life. He was a role model. It helped to know that a good person was in the world. It gave us all a sense of hope.

Singleton plans to be at the vigil on Saturday.

“I want to cry with the community that knew him,” she said. “I want one last song to say goodbye to him.”

Since it started, he said, the program has worked with 14,000 young people. The organization has been recognized by the National Endowment for the Arts, the Oregon Arts Commission, the Oregon Cultural Trust, the Regional Arts and Culture Council, and the Oregon Afterschool Coalition.

In 2020, Mouser received the Lewis Prize, a $ 500,000 prize awarded to three organizations across the United States that serve low-income and historically marginalized communities.

While still accepting Mouser’s death, Finlay said the staff and board are “committed to pursuing” Mouser’s vision of how music can be used to heal. Supporters can make donations to Mouser’s family, as well as donations to support My Voice Music at myvoicemusic.org.

Vinyl sells so well that it becomes difficult to sell vinyl