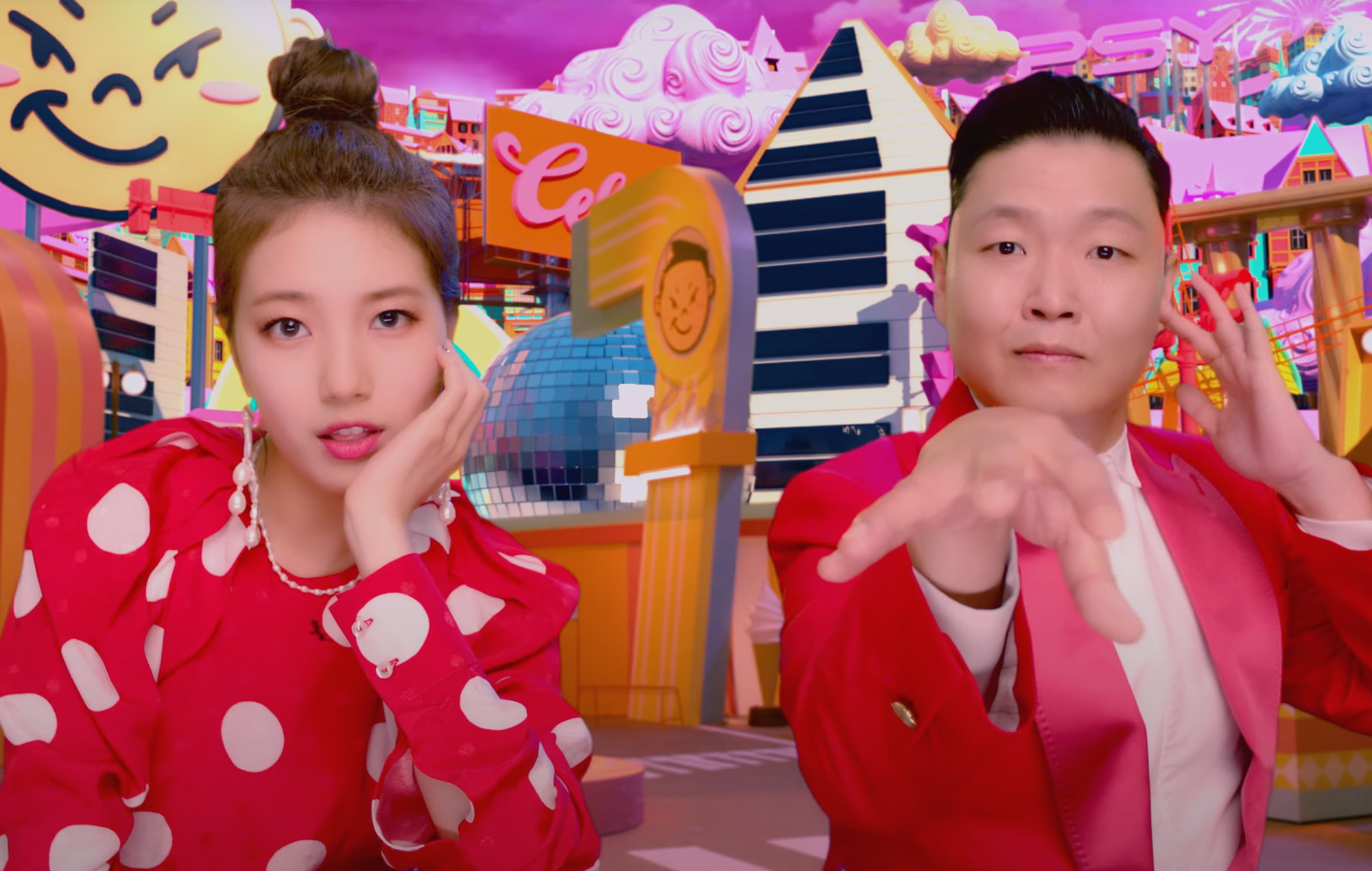 Psy has released a teaser for the music video for an upcoming track titled ‘Celeb’, featuring former Miss A member Bae Suzy.

The South Korean dropped the quirky visual at midnight KST today (April 21), where Bae and Psy are seen performing snippets of the song’s choreography in the middle of a Psy-themed amusement park.

“You’re so popular / Be my formula / Can I call you a celebrity?” Psy sings in English in the 20-second teaser. “Celeb” is taken from Psy’s ninth album, “Psy 9th”, which will be his first release after a five-year absence from music. ‘Celeb’, along with the album, is set to be released on April 29 at 6 p.m. KST.

Notably, “Celeb” and its music video first premiered in person nearly three years ago at Psy’s “Summer Swag 2019” concert, where it was revealed that Psy and rapper Zico had co-starred. wrote and composed the song. However, the inclusion of ‘Celeb’ in ‘Psy 9th’ will be the first time the song has been officially released.

“Celeb” is the last track from the upcoming album to be revealed so far, following “Happier” with KR&B singer Crush, and a remake of Jermaine Jackson and Pia Zadora’s single “When The Rain Begins To Fall” in 1984 with a member of MAMAMOO. Hwasa. Psy is also expected to work with Tablo, Heize, Epik High’s Sung Si-kyung, and more.

A year after the release of Psy’s eighth album “Psy 8th 4X2=8” in 2017, the singer left longtime agency YG Entertainment. He then set up his own company P Nation in early 2019, and the same year he signed Korean-American rapper and singer Jessi, HyunA and former PENTAGON member DAWN to the label.