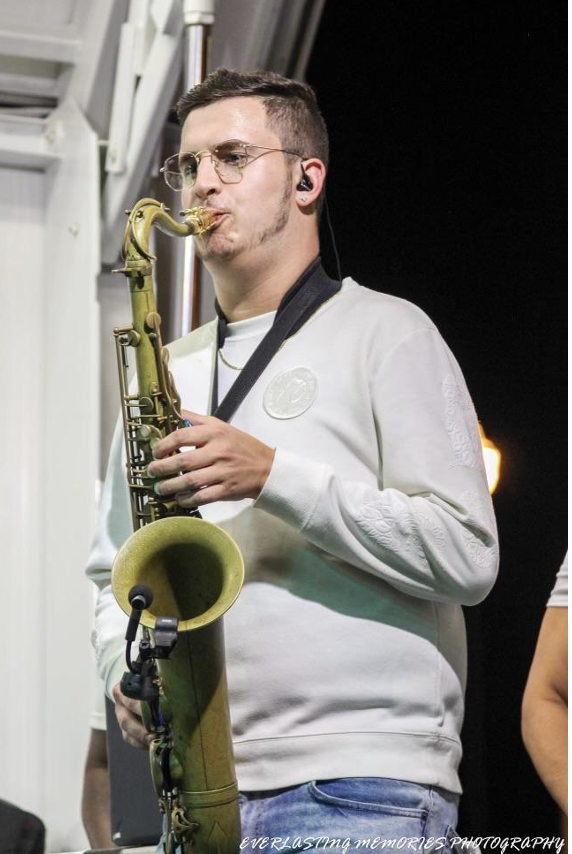 Spuck swings on sax and tuba – The Famuan

He can be seen playing tuba in The Marching 100, delivering smooth jazz on saxophone with Tallahassee Nights Live, or talking about the music industry in his lessons. Victor Spuck is a fourth year Broward County music industry student who isn’t afraid to show off his love and skills for music.

The arrival of Spuck at Florida A&M University was a difficult decision for him. His freshman year he attended Berklee College of Music in Boston. It is one of the best music conservatories in the country and it breeds professional musicians, Grammy Award winners and well-known leaders in the industry. With an acceptance rate of 51%, there’s no doubt that Spuck’s talents got him into college.

Spuck describes his time in Berklee as “full of connections and great musicians.” He had access to live concerts for Hiatus Kaiyote, Snarky Puppy, Cory Henry and John Mayer. He had the opportunity to play with Grammy Award winning saxophonist Tia Fuller, who gave him tips and tricks for navigating the industry and her instrument.

Although Spuck loved his program and events at Berklee, the school culture did not make him happy.

“The environment at the conservatory was not conducive to who I wanted to be,” Spuck said. “Twenty-four hours a day, seven days a week spent talking only about music, didn’t let me grow up in anything other than music. “

Spuck made the life-changing decision to move to FAMU after taking a semester at Berklee. The Marching 100 had a huge impact on his decision after being trained by a FAMU graduate and former Marching 100 member in the Dillard High School Marching Band.

“Being at Berklee got me to a point where I didn’t want to touch my instrument at all,” Spuck said. “I knew I would have the full college experience while enjoying music and making fruitful connections at FAMU.”

And that’s exactly what he did. He was not afraid to get involved and forge a strong bond with FAMU despite being a transfer student. He joined Phi Mu Alpha Sinfonia Fraternity of America, Jazz Band, and served as Section Leader for The Marching 100.

FAMU student and friend Felicia Leonard explains what it’s like to work musically with Spuck.

“You can just say music is his passion. It picks up everything so fast and sounds great when he plays, ”said Leonard.

“He’s a go-getter, he goes and gets what he wants. Despite adversity, he will achieve any goal he sets for himself, ”said McClean.

Spuck plans to use his degree in the music industry to get into talent management.