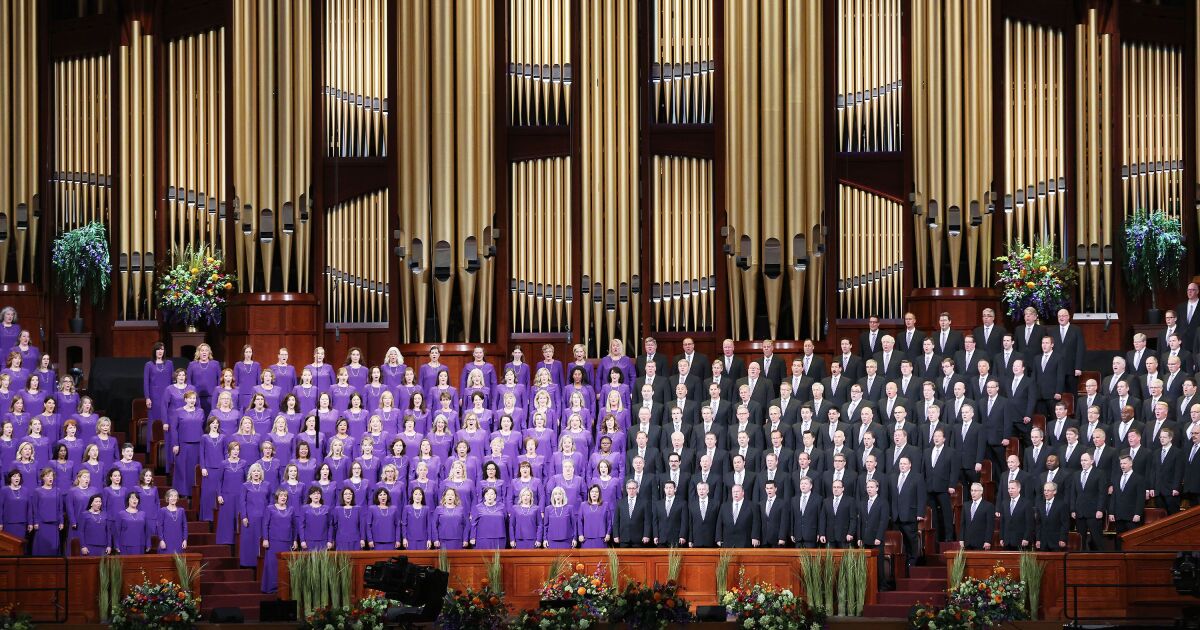 The Tabernacle Choir at Temple Square has pilot programs to expand its reach and mission by expanding “Music & the Spoken Word,” a different approach to travel and including more international voices in the choir, leaders announced on the site. Group Web on Friday, November 18. , as well as on ChurchofJesusChrist.org.

In a meeting with the full choir membership this week, including the Tabernacle Choir, Temple Square Orchestra, Temple Square Bells and other volunteers and professional staff, President Russell Mr. Nelson, President of The Church of Jesus Christ of Latter-day Saints, shared his vision for the choir.

“The Church will continue to grow. He will fill the world. He will continue to bless more and more nations, tongues, and peoples,” President Nelson said. “The Lord is hastening His work in the promised worldwide gathering of Israel. You can be sure that the choir, orchestra and bells of the Tabernacle in Temple Square will be a central feature of this era.

The expanded mission statement now reads, “The Tabernacle Choir in Temple Square performs music that inspires people everywhere to draw closer to the divine and feel God’s love for His children.”

The weekly text “Spoken Word” is available in 16 languages, the choir’s website said earlier this year. The broadcasts are streamed on The Church of Jesus Christ of Latter-day Saints nationwide Facebook pages and include language captions for the spoken introduction and closing signature, song titles, and message. “Spoken Word”.

The choir’s Heritage Tour, originally planned for 2020, in the Nordic countries and the United Kingdom has been postponed to 2021 and then 2022 due to the COVID-19 pandemic; it was eventually cancelled.

In 2018, the choir’s Classic Coast Tour had performances in several California cities and in Vancouver, British Columbia, and Seattle, Washington.

“It is possible that this is a one-time event. Or maybe it will be something we do periodically. The most likely outcome, however, is that through this pilot project, we will gradually see new options and possibilities that will help the choir better represent the global church,” President Leavitt said in the press release.

President Leavitt said the choir will move forward in faith, one step at a time, to “inspire people around the world to draw closer to the divine and feel God’s love for His children.”

Over the past year, choir leaders have worked to expand the reach of the Tabernacle Choir.

2. Magnify the missionary role of the choir.

3. Ensure that the choir reflects the global mission of the Church.