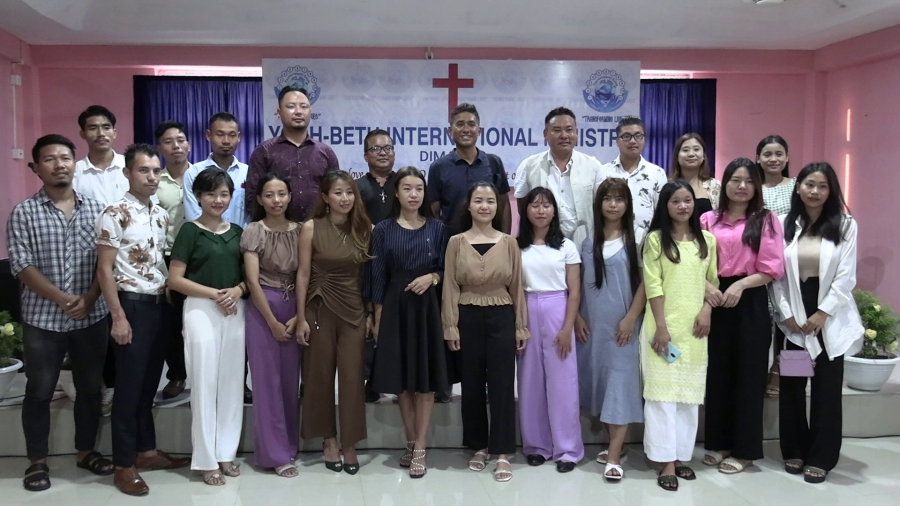 TaFMA Conference on Scope and Scale of Music in Today’s Economy held at YBIM, Dimapur on 13th August. (Morung Photo)

Drawing attention to the need to introspect and analyze the possibilities for the growth of the music industry in Nagaland, the Task Force for Music and the Arts (TaFMA) in collaboration with Yodh-Beth International Ministry ( YBIM) organized a conference on “Scope and Scale of Music in Today’s Economy”, at YBIM Chapel Hall, Duncan Basti, Dimapur on August 13.

Kashito Kiba, Founding Director and General Manager of PHETO Music & Film Academy, speaking on the main theme of the event, shared his personal opinions and experiences of working in the music industry for over 25 years .

Initially, he briefly highlighted the change in the way music was consumed, moving from vinyl, cassette, CD and currently to digital/mp3 files. He noted that online platforms such as Spotify, Apple Music, Amazon Music and YouTube have now reshaped the way musicians get known to their listeners around the world.

As such, Kiba emphasized the need to also use technology to create and promote music in the state. Specifically regarding the technical aspects of sound systems, he observed the lack of know-how among the Nagas. This, he felt, “creates trust issues between our employees and those outside because they don’t trust us to run big shows.”

He therefore appealed to the need to have sensible, efficient and intellectual sound engineers in the state with a sense of professionalism in the work they do. Furthermore, he mentioned how young unemployed people can also benefit from professional sound engineering courses offered by the government.

Discussing aspects of local talent, Kiba regretted that a lot of artists give up halfway through their career because they lack a vision of sound and also because they see music not as a full-time career. but as a part-time job. In this scenario, he called on upcoming local artists and musicians to take their career seriously as it has huge potential for them in the long run.

He further mentioned the need to create “new sound and melody” using elements of Naga folk music as he has a huge overseas market. However, he reminded the Nagas not to compromise on quality and effort at the same time.

“Concept” was another element that Kiba insisted on when it came to creating music. Having real reasons and knowing the end goal will automatically create great music, he said.

Furthermore, he pointed out how the government has made tremendous efforts for the growth of the music industry in Nagaland. At the same time, it is also promoting a considerable number of young Naga musicians not only within the state but also internationally, he claimed.

Accordingly, Kiba encouraged young people to be bold, confident and enterprising in their vision and approach to music as a career.

During the program, several special numbers and dance performances were presented by members of Yodh-Beth International Theological College & Seminary and individuals such as Khrutsulo Vero, Visano Kikon, Rhonbemo Humtsoe and Vini K Chishi.