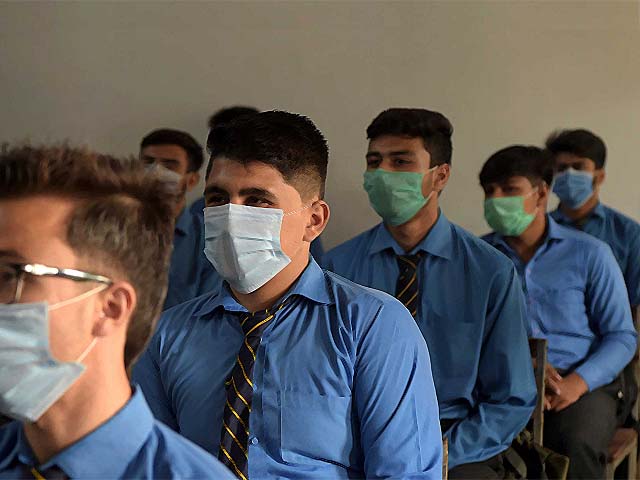 “The biometric presence to be introduced for school students”


Sind Education Minister Saeed Ghani announced on Friday that a biometric system would be introduced in schools to record student attendance and that biometric attendance would be made mandatory for students at later stages.

Speaking at a session held to commemorate the 30th anniversary of All Pakistan Private School Management (APSMA), Ghani also explained the government’s renewed policy of recruiting and transferring teachers, assuring that no one, including him, would interfere with the appointment of teachers.

Ghani said a biometric system for teacher attendance at schools had already been introduced and steps were now being taken to mark student attendance using the same technology.

The minister said the government was working to make biometric presence mandatory for school students.

He argued that the restrictions were enforced because teachers refused assignments in areas where they were needed and instead opted for assignments in locations of their choosing.

Then turning his attention to the new policy of recruiting and transferring teachers, he ensured that appointments would be made solely on the basis of merit and that only candidates who passed the test organized by the Institute of Business Administration, Sukkur would be hired. .

He said that the tests would be organized for the vacant posts at the union council level and that the teachers would be appointed accordingly.

Ghani further said that under the renewed recruitment and transfer policy, schools have been classified into three categories, namely red, yellow and green.

Ghani added that no teacher could be transferred to the school in the red category; however, teachers employed in schools in the said category could request a transfer elsewhere, provided that there was a vacant post in the choice of institutions for assignment by applicants.

Regarding teacher training, Ghani said the government has finalized the management plan for five of its 20 teacher training institutes on the public-private partnership model.

He added that admissions to these institutions would be on the basis of merit and the tuition fee would be paid by the Sindh government for the four-year program in the form of a loan.

The provincial minister also announced that teachers trained in said institutions would be assigned government jobs upon completion of their training and that their fees would then be deducted from their salaries, due to the interest-free loan repayment.

According to Ghani, 49,000 schools were established in Sindh in the past, which was far beyond his needs.

“About 50 to 60 schools were established in areas where only one school was needed,” he said, adding that in some areas there were no elementary and secondary schools, which prevented children to continue their education after primary school.

He said the government had now formed 6,000 school groups, each group comprising schools within a two-kilometer radius and comprising at least one primary and secondary school.

Read also : Ghani asks for help from NGOs to boost literacy and schooling

Ghani further said that all schools in the province were located on Google Maps with GPS and that data for each school was available online, including information on the condition of the school and the number of students. and teachers.

“I now call on all private school organizations to work on listing all unregistered private institutions so that complete data on children in schools can be compiled,” he added.

With this data, steps can be taken to improve the education sector, he explained.

In addition, he said, the government had provided endowment funds to students at 47 colleges and universities and now wanted to extend financial support in this capacity to students in schools, which is ongoing.

The minister urged teachers, students and parents to play their part and work with the government to make “revolutionary” improvements in the education sector.