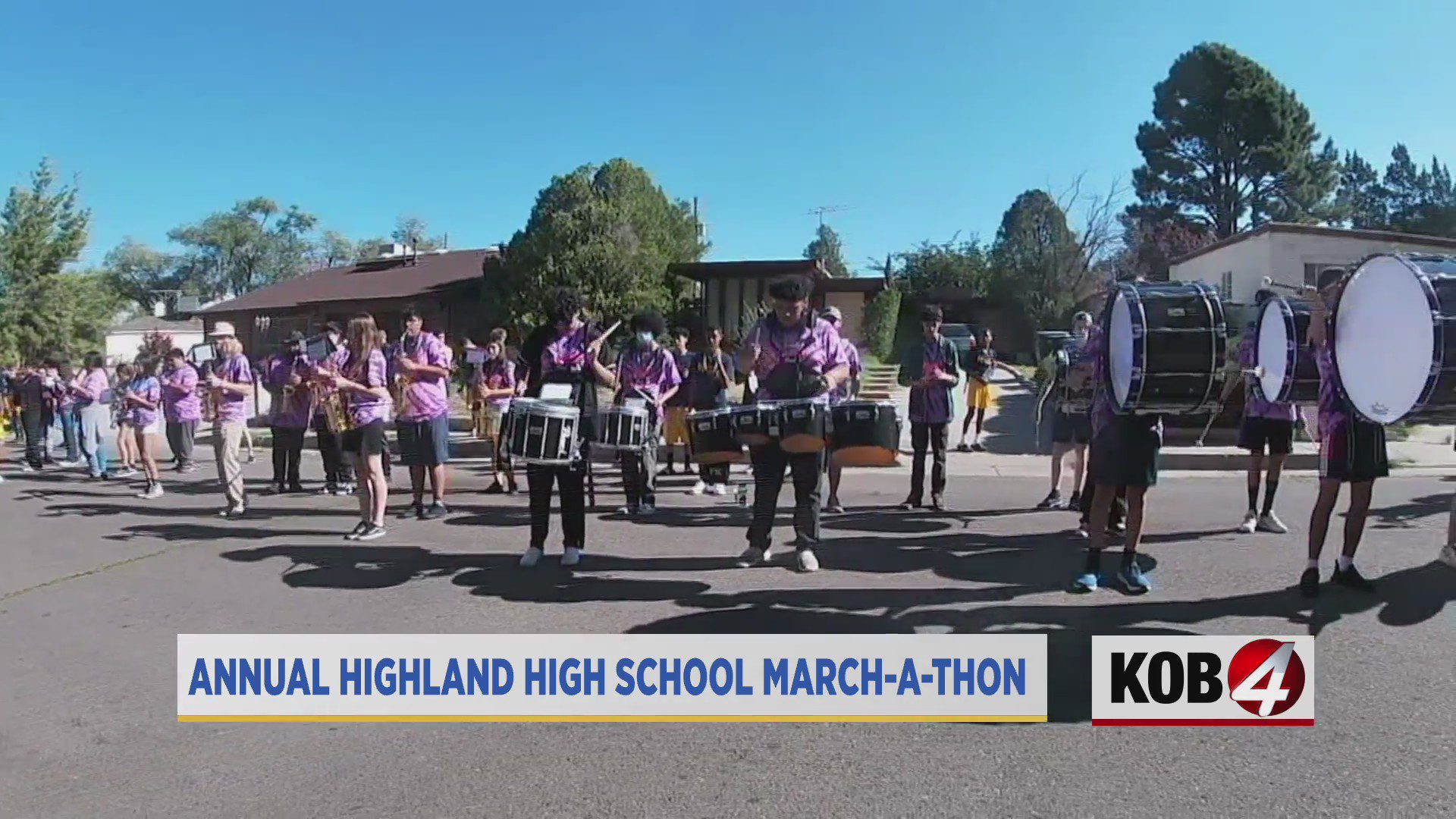 ALBUQUERQUE, NM — Neighborhoods were alive with music this weekend as marching bands around the subway took to the streets for their annual march-a-thon.

“It’s a mini parade which is just our band and we stop throughout the parade and play a catchy tune and play beats there’s a lot of singing and dancing and playing it’s a really fun,” explained Highland Group Manager Josephine Gonzales.

The tradition dates back to the 90s, it’s a way to kick off the school year and prepare the kids for the next competitive season, but it also does so much more for the band and its boosters.

“The March-a-thon is twofold, first of all, we really like to get out into the community and share our music with our neighbors and show them that we appreciate them. It’s also our biggest fundraiser for the year for the booster organization,” Gonzales said.

As the band played cheer-band classics like “Hey Song” and “Beans and Rice,” neighbors came out with cash and checks in hand to show their appreciation and support for the band.

“This event helps us raise funds for our band and for our instruments and for whatever needs we have,” said Drum Major and Senior Ariana Lopez.

Lopez joined the marching band in her freshman year and it was her favorite part of high school. Now that she’s a senior, this will be Lopez’s last march-a-thon, so she’ll make it count

“I’m a little sad but thinking back to all the memories I had, it makes me happy, it really feels like a big family, I made a bunch of friendships in that band,” Lopez said.

If you missed the March-a-thon on Saturday and still want to donate, the group is also accepting online donations.

Robert Kyncl leaves YouTube. Expect the question “Is THIS the new CEO of Warner Music Group?” rumor mill to accelerate.