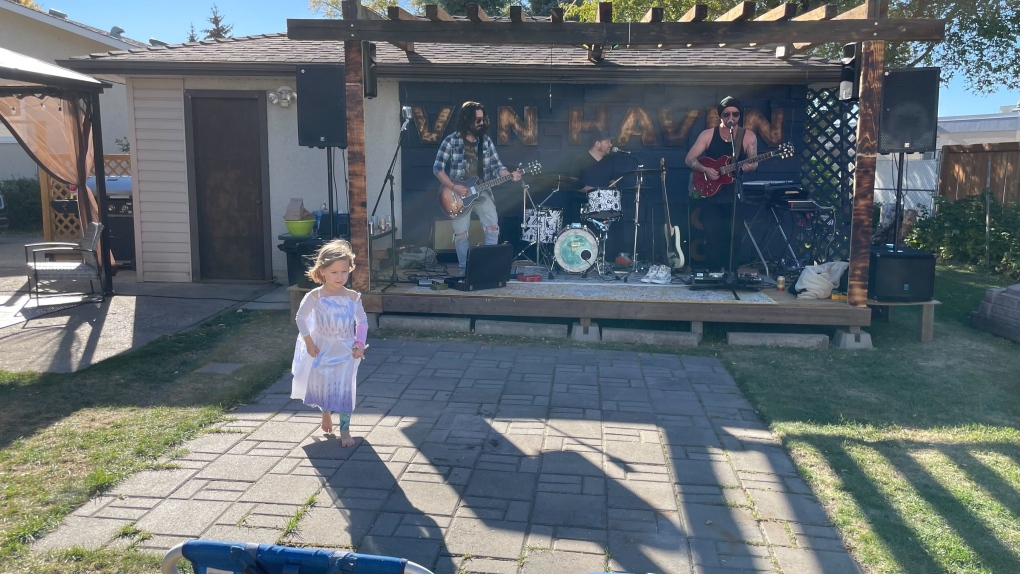 A Fort Saskatchewan family is looking to create a new concert hall in their community, right in their backyard.

Emmet Van Etten was preparing for the first live show on Saturday at a concert stage he built in his backyard, a stage he hopes will bring the community together and breathe some life into the city’s live music scene.

Van Etten is a professional drummer and he said he wanted to create a space where his neighbors could come and enjoy live music. It’s something he said people needed after the pandemic.

He said the project was inspired by his touring days, when he played all kinds of small venues, including garages and homes.

“It’s amazing to be welcomed into someone’s home,” Van Etten said. “You meet their neighbors and you meet the community, and it’s just been a wonderful experience and it’s really touched me every time.”

“There was something just sweet about the intimacy of a backyard gig, and I always loved that.”

Setting up his own stage in his backyard is an opportunity for him to recreate that experience for other musicians, Van Etten said, giving them a safe place to stop and maybe earn some cash and meet the community. He added that he had distributed his phone number around the neighborhood so people could call if there were any questions – or complaints.

“I haven’t had any calls, so we’ll see what happens,” he said.

The family stage is called Van Haven. Shows will run from 3 p.m. to 7 p.m., to ensure there is time for the kids to bed after.

“Bedtimes are very important,” he said, as he has two children aged five and under. “We thought it was a good time for families to get out and still have time to see the band.”

Reily Seddon, one of Van Etten’s neighbors, said he was excited about the project. He especially appreciates that the shows are timed in a way that doesn’t disrupt his two-year-old daughter’s nap time, he said, and looks forward to connecting with other parents in the neighborhood.

“We all go home, go to work, do our thing and put our kids to bed,” Seddon said. “You kind of stay at home and don’t really get a chance to go out and meet people per se, so I’m really looking forward to it, being able to connect with everyone in the neighborhood.”


With files by Amanda Anderson