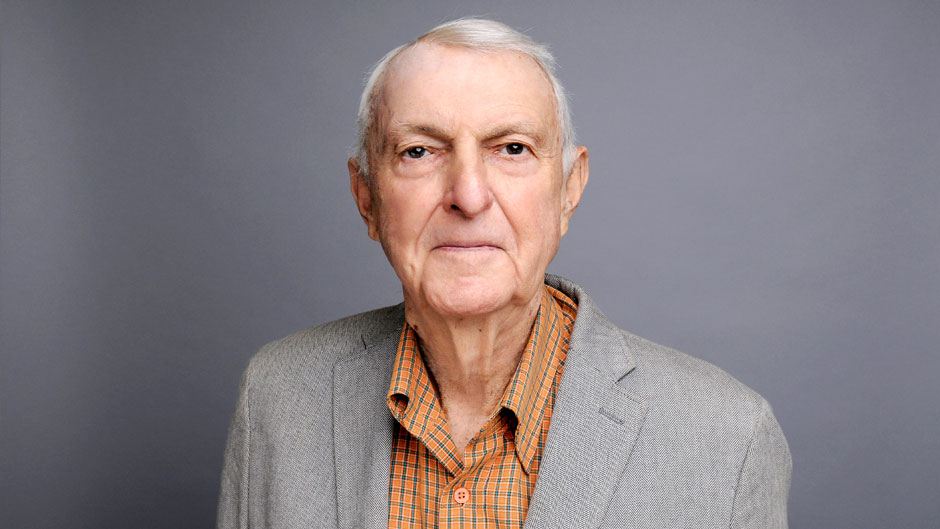 A double alumnus of the University of Miami, Wood has served on several board committees, served as a Navy JAG officer, and has generously contributed to several causes.


Messages from Thomas D. Wood Sr. always came like clockwork, appearing in Leslie Dellinger’s email inbox a day or two after a University of Miami board meeting.

â€œHe would send a note thanking us for the spectacular job we have done. And it has always meant the world to us, â€Dellinger, secretary of the board of directors, recalled the gratitude Wood expressed for the efforts of his staff in organizing these directors meetings.

He was an administrator emeritus and a double alumnus of the University. He served in the United States Navy Judge Advocate General’s Corps, generously contributed to a multitude of causes, and, along with one of his sons, co-founded one of the most successful private real estate investment banking firms. from South Florida. Wood passed away suddenly on Saturday October 23. He was 90 years old.

“He was a sociable person,” said his son, Steven H. Wood, COO of Miami-based Thomas D. Wood and Company. â€œAbove all, he treated everyone with kindness. It could have been a waitress, a busboy, a bank manager or a judge, dad treated everyone with respect, no matter what their profession, no matter what their ethnicity, nationality, gender or religion, ” did he declare.

â€œFrom his service to the Board of Directors to his staunch support of our academic and athletic programs, Tom has embodied what it means to be a dedicated Miami Hurricane,â€ said President Julio Frenk. “We will always be remembered for his good heart, wit, charm and intelligence, all of which made this university a better institution.”

Wood graduated from Miami Herbert Business School and the Law School, mentoring students long after graduating from college, noted Georgina Angones, associate dean of advancement at Miami Law, who recalled that Wood had a “fabulous” sense of humor, a quality his sons often observed.

â€œHe was the Johnny Carson of Miami,â€ said Thomas Wood Jr., who succeeded his father as president of the company they founded. When he and his father started their business in the 1980s, they often had lunch together at Bill and Ted’s Tavern in South Miami. “We’ve eaten there so many times that dad started calling the place ‘our corporate dining room,’ Wood Jr. recalls.” That’s just how it was – he had a sense of incredible humor. ”

Laurie Silvers, chair of the board of trustees and law school alumnus, said she â€œwill always cherish the time I got to know him as a member of the university’s board of trustees. His insight, intelligence, and world-class sense of humor could light up any room. ”

Thomas Delancey Wood Sr. was born September 26, 1931 in Miami, Florida, the son of a judge who played on the University of Miami’s first football team.

He retired from the US Navy as a captain and served as special attorney general for the state of Florida.

He and Jose E. Martinez, federal judge in the United States District Court for the Southern District of Florida, served in the same Naval Reserve Law Unit for several years. â€œHe was my commanding officer as later I was his,â€ Martinez said. â€œWe have traveled together on many Navy missions, including going to Guantanamo Bay to try some general courts martial. He was a very good friend and I will miss him dearly. He has always been there for you, and I will strive to be like him.

Wood has served on the university’s board of trustees in various categories. He first joined the board of directors in 1987, where he served for three years as the representative of the Alumni Association. After serving on the board for two years, he returned in 1992 as a regularly elected director. He then served as Director for Life / Lead Director from 2005 until his election as Director Emeritus in 2018.

His tenure on the board of directors included several committees: finance, academic affairs, and audit and compliance committees. He has been a long-time member of the former visiting committees of the Board of Directors of the Faculty of Law and Intercollegiate Athletics.

â€œIt was, indeed, all about the U, whether it was academics or athletics,â€ said Steven H. Wood.

In addition to being the past chair of the law school’s Nesbitt scholarship committee, Wood was a member of the Iron Arrow Honor Society, the highest honor obtainable at the university. He is also a former member of the University of Miami Citizens Council.

He is survived by his wife Virginia C. Wood, his sons Steven Hayes Wood and Thomas D. Wood Jr., his daughter Debbie Porcher, 11 grandchildren, a great-grandchild and several other parents.

Q&A: Doug O’Connor talks about his background in the music industry and presents a visit to the OU