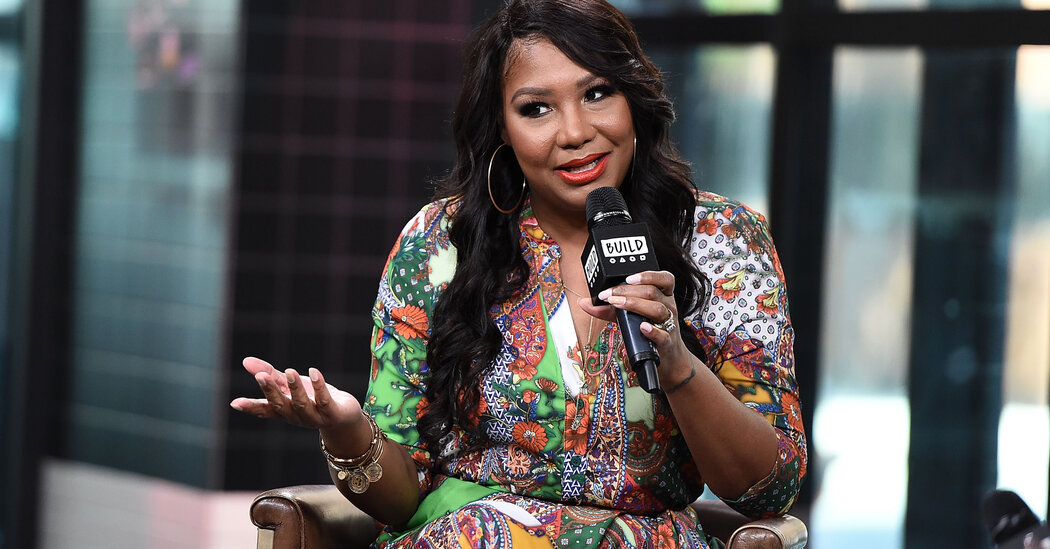 Traci Braxton, television personality and singer, died on Saturday. She was 50 years old.

One of Ms Braxton’s sisters, singer Toni Braxton, confirmed her death in a statement from the Braxton family on Instagram. A cause of his death was not immediately available.

“Needless to say, she was a shining light, a wonderful daughter, an incredible sister, a loving mother, a respected wife, grandmother and performer,” the statement read.

Traci Braxton was perhaps best known for her appearances on the reality show “Braxton Family Values” with her sisters Tamar, Toni, Towanda and Trina and her brother, Michael, and their families.

Ms Braxton was cast as a Wild Card on the show, which premiered on the WE television network in 2011 and ran until the end of 2020. Ms Braxton has also appeared on “Marriage Boot Camp: Reality Stars” with her husband, Kevin Surratt.

Traci Renee Braxton was born on April 2, 1971, the third child of Michael and Evelyn.

The Braxton children were raised in a religious home in Severn, Maryland. Their father was a part-time preacher who forbade the family from playing secular music.

A full list of survivors was not immediately available.

Ms Braxton sang with her sisters as a teenager and as a young adult, and the five together formed the Braxtons and released the single “Good Life” in 1990.

Toni Braxton was dropped from the band to become a solo artist, and her debut album was released to acclaim in 1993.

The other sisters continued as a group, with the exception of Traci Braxton, who stepped away from the music industry in the 1990s to raise her son. She worked as a social worker before the sisters reunited for ‘Braxton Family Values’.

On the show, she explored her decision to walk away from music and the unresolved feelings she had about leaving it behind, setting her on the path to returning to the industry. She released her first solo album, “Crash & Burn”, in 2014, and a follow-up album, “On Earth”, in 2018.

In February 2016, Ms. Braxton came forward as the voice behind a memorable moment in which an unnamed person can be heard at a White House event shouting “Hey, Michelle,” at Michelle and Barack Obama.

Mrs Braxton admitted to being the voice during an appearance on the talk show “The Real”, which his sister, Tamar Braxton, was hosting.

Cornelio and Nickerson join Maine Music Society Board of Directors