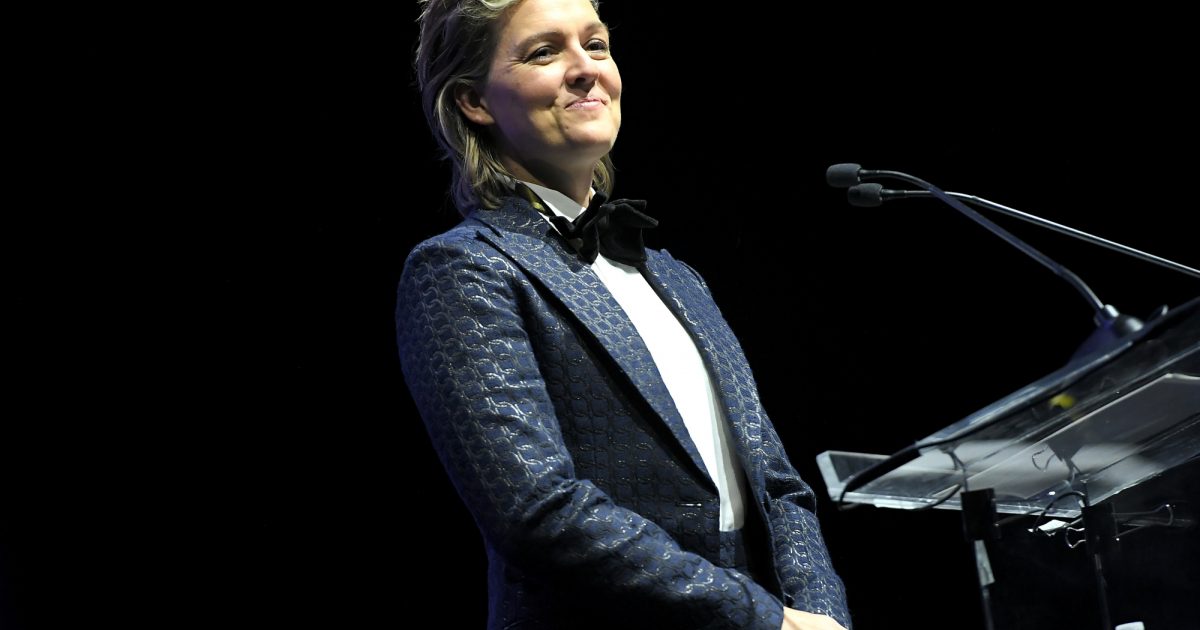 You can see photos from the event here.

Find some key excerpts from Acting President of the HRC by Joni Madison speech as written below:

“You may have heard earlier this week that HRC will not receive any funding from Disney until we see them take real action to defeat hate legislation in Florida. You may also have seen that – 36 hours later – Disney CEO Bob Chapek apologized to his employees and pledged to suspend all political donations in Florida.

I was happy to talk to Bob yesterday afternoon, and we had a very productive conversation about the need for Disney to pull out all the stops to stop what’s happening to its employees and its fans. We need Disney’s partnership to veto invoices sent to Desantis’ office. And if that doesn’t happen, to get those bills repealed. But it’s not just about Bob Chapek and Disney. It’s about every CEO and company in America

Now is the time to check the guts of every CEO and company in America. Tech companies and entertainment companies here that have an influential presence across the country and around the world have an important role to play in combating state-sanctioned discrimination wherever it exists.

We need more than inclusive employment policies and a smart pride campaign.

We need CEOs to take action that responds to the moment we find ourselves.

We need your corporate values ​​to be more than marketing materials. They should be guiding principles in how you present yourself to the most marginalized. I promise you that lucrative state tax laws won’t matter much to your employees and consumers who are criminalized for supporting their children and pushed into the closet by the legal system.

We need you to be there for us when it’s hard and when it matters.

We are at a tipping point, much like the one we saw in 2016 with HB2 in North Carolina. The right thought they could also use us as a corner problem.

After joining our signing letter, companies followed their statements with actions — they refused to expand operations in the state, they pulled out of conferences, they canceled events.

This moment feels like this moment – ​​this same tipping point where the bad actors finally realized that if you come for our community, we’re going to hit you where it counts.

In the wallet. In the war chest. And at the polls.

“My character, Paul, runs into burning buildings, puts himself in danger and fights to save lives.

Right now in Texas, Florida, Alabama, North Dakota and unfortunately many other places the house is on fire for our community… There are nearly 300 bills like this in study in state houses at this time.

The HRC and other incredible organizations, including state-run LGBTQ groups, are like firefighters, rushing to fight it out. It’s exhausting but vital. And the tyranny of it all is that people like me, and trans kids across the country, need to know that the same allies who stood with us on marriage equality are stepping in to stand with us now.

I can use my athleticism every day in my job. I will play a hero. I get to be myself.

For me, playing sports has been a lifeline that has helped me find myself and feel complete. The horrific anti-trans sports ban laws currently being enacted across the country will deprive trans girls of opportunities to compete as themselves. As a nation, we must do better than that. We need to make our country more open and inclusive and not slam doors in the face of children trying to live their best life.

This is the next chapter in our battle. Right here. At present.

“What’s worse is that power-hungry political predators continue their long tradition of targeting kids (especially trans kids) in regards to the LGBTQIA+ narrative.

This hurts all families, gay and heteronormative cis, because these misguided leaders erode our natural ability to understand one another.

They weaponize sexuality and sequester us into categories of deviance, making us inherently “age-inappropriate” when many of us have children ourselves. This is not light reading.

And yet…we celebrate…we honor each other because we come from a long line of people who know how to find joy in the middle of a fight…and that’s where we are.

In all sincerity and gratitude, we will win these fights as we have won the previous ones. There is beauty in the struggle, joy in the fight and I will never cease to be grateful for this honor and this visibility.

Abby Wambach and Glennon Doyle on Brandi Carlile and her LGBTQ+ visibility:

“Here is what is visible to the world about Brandi:

YES – she is one of the most respected, unique and powerful voices in music, a brilliant composer, magical performer, genius producer and bestselling author.

Yes – she’s a humanitarian – her Looking Out Foundation, her Cover Stories album, her involvement in Every Vote Counts have all paved the way for change.

But Glennon and I have come tonight to talk to you about what’s less visible to the world about Brandi.

Brandi is nice. She is thoughtful, open and courageous. She is entirely guided by her faith. And because of that, his art has always been an invitation to those who don’t often get invitations. His art has always been a party for misfits – long before being a misfit was cool. His music, his concerts, his life have created a home for broken horses. Brandi gave people a sense of belonging – and because of that, her art has saved countless lives.

Ja Human Rights Campaign is America’s largest civil rights organization working for equality for lesbian, gay, bisexual, transgender and queer people. HRC envisions a world where LGBTQ+ people are considered full members of society at home, at work and in every community.